Ready for a supernatural mystery set over the backdrop of a brewing mob war?
A comic with a dark, often violent, tale of redemption & the quest for the truth! 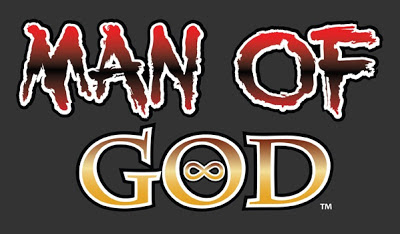 MoG CONTAINS MATURE CONTENT THAT MAY NOT BE SUITABLE FOR EVERYONE.

The story starts when a church fire claims the life of John Morris, it seems like just another story for the 10 o'clock news. But when John is reborn and tortured by the sins of those he touches, it becomes so much more. Burned beyond recognition, John flees into the night leaving devastation in his wake as he begins his search for the truth. Man of God is a black and white indie comic book published by Pinwheel Press. The creation team consists of Craig Partin as writer, Yvel Giuchet as penciler, Stuart Berryhill as inker, Jonathan Swinney as letterer and Anthony Koch as script editor. Man of God has an incredibly talented team with an intense story to tell. With artwork so detailed, you would suspect MoG would be from a mainstream company.

Pinwheel once stated  "We strongly believe in what we are creating and that belief has proven to be extremely contagious." and boy were they right! The production of MoG started almost a decade ago. But with this great creation team, issues 1, 2, and 3 were released in 2012. Pinwheel Press had even created a kickstarter project to help print out the last three issues of Man of God due to the tough markets and it surpassed the goal by almost three fold. With issue #4 finished, issue #5 pencils are done with one-third of the inks completed, and issue #6 has 8 pages of pencils completed. The final three issues will be completed and released within this year. In this great story, John's abilities are easily comparable to the Ghost Rider. John Morris in Man of God rocks out in this series and doesn't hold anything back.

Did you know issue one is available for FREE?
Just follow this link provided!
Coming soon to C.U. is an interview with the letterer of Man of God Jonathan Swinney! So be on the lookout!! Don't forget to follow C.U. on Twitter to get instant updates on all things indie.