Welcome Back to Comic Unknown!


With the vast amount of interviews here we have yet another awesome interview!
Banana Man's creator Vincent Cracchiolo

What made you want to work in the comicbook industry?

I have been a comic fan my whole life, and so after reading thousands of comics, sometimes you want to do something of your own. You don't necessarily think you can do it better, but you feel like you have your own stories to tell or show.

How did you and Chris Caldwell create the idea of Banana Man? 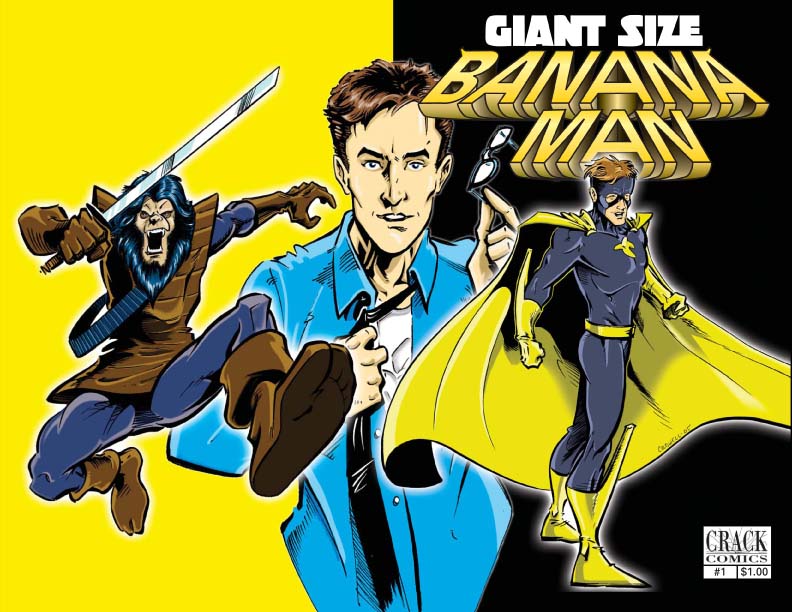 It all started as a request from a friend of mine who had graduated from the Kubert School of Cartooning, Chris Caldwell. He wanted me to write a superhero comic for him; I wanted to write about something realistic. So I wrote about a superhero who had no powers. Everything that would happen could actually happen in real life; it would just be rather unlikely.

In a sleep deprived state while working a couple jobs I came up with what I thought would be a universally appealing hero: Banana Man. We threw together a short book just to see what kind of reaction we would get at the local comic convention, and I left the story with an open ending just in case...


Who is your favorite all time super hero/villain? Why? Spider-Man is the best all time superhero. Great powers, great costume, real world problems, and then he doesn't take himself too seriously. If you are reading a comic, you want it to be funny.

Why a Kickstarters campaign?

I always wanted to publish the book professionally, but it is expensive to get it printed, and then there is a lot of pressure to sell the book after that to try and recoup your costs. Kickstarter allowed me to basically presell the book, that way the printing is paid for up front, then I just ship the books out. It made is risk free for me, and that ended up opening the book up to all sorts of people that would never have heard about it before.


Did you ever consider another crowdfunding site?

I never considered another crowdfunding site. There are all sorts of them now that just try to copy what kickstarter has done, and they try to put it down by saying you don't keep the money if it doesn't get funded. That is kind of the point though, if my book only got halff funded I would not have wanted to keep the money because then I would be responsible for the other half so that I could get the product to the people that paid. And if you are just worried about not getting funded, then maybe you don't need to be doing the project.


Were you expecting the amount of pledges Banana Man recieved? 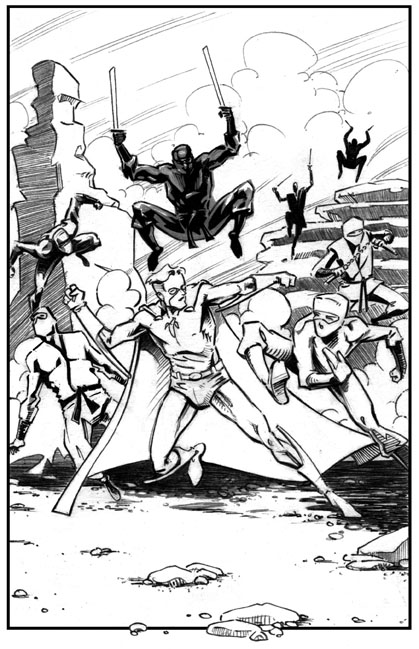 I was not expecting the pledges I received at all. I put a low price to get funded just wanted to get it made and hoping for the best. I have never made money on this really, I just didn't want to lose money. I ended up making it a little high just to be safe, and it was interesting to say the least to watch the pledges over the month. I was expecting it to be mostly friends and family, which I kind of feel bad about, they don't need to fund my dreams out of guilt, but kickstarter really has a lot of people that browse it looking for cool projects. Almost 70% of my backers were people through kickstarter.

What should people expect in the Trade Paper Back?

The TPB is the complete collection, I have thrown everything we ever printed in there, plus all the fliers and some extra things I have thrown in. We are also doing two new pages at the end to kind of cap everything off.

Did you ever have a scene/ issue where you look back and thought "WOW!"?

Yeah, going back through and putting this altogether has been pretty funny. There are a few things I am finding questionable, like poop in the microwave, but I never got any negative feedback.

How can viewers find your comic book?

The website is the best place to go, crackcomics.com. It has not been updated since the last issue came out since I have been busy working on the TPB, but I will get it updated once the book is off to the printer. There is lots of stuff on there to go through.


Are there any more book coming from Crack Comics in the future?

No more plans for any more comics, it took me so long to get this last one out, but it felt very rewarding to finally finish it, and it ends in a great spot.

Directly from the creator, the TPB will be coming out soon. Want to know what else C.U. will have in store for you? Just follow the blog and our Facebook/Twitter pages and keep up to date for everything C.U.
Posted by Jorge Alvarez