Dedicated to all Pioneers

Welcome back to a very special edition of Comic Unknown!

We are proudly to present SOLESTAR! 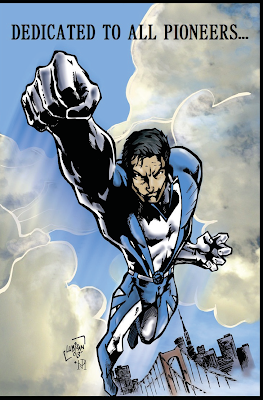 Solestar was written by Siike Donnelly, a brain aneurysm survivor. Donnelly survived a subarachnoid hemorrhage, commonly known as a brain aneurysm, in 2010. Having to rebuild his speech pattern and learn to walk again, Siike has reached out to other aneurysm survivors, finding that very little is being done to not only raise awareness to something that could affect anyone at any moment, but also found very little money being raised as well.

Solestar revolves around Isamu Takahashi, a Japanese man that gets his powers during the bombing of Hiroshima. Waking in that disaster, he chose to use his powers to help rebuild his country. Over time he learned that he no longer aged like everyone else. In 2013, he meets the love of his life, Ashley. They get married, but 20 years after the day they met, she passes away from a brain aneurysm. When the story opens, it's Christmas Eve of the year 2099, the anniversary of the day he met Ashley. 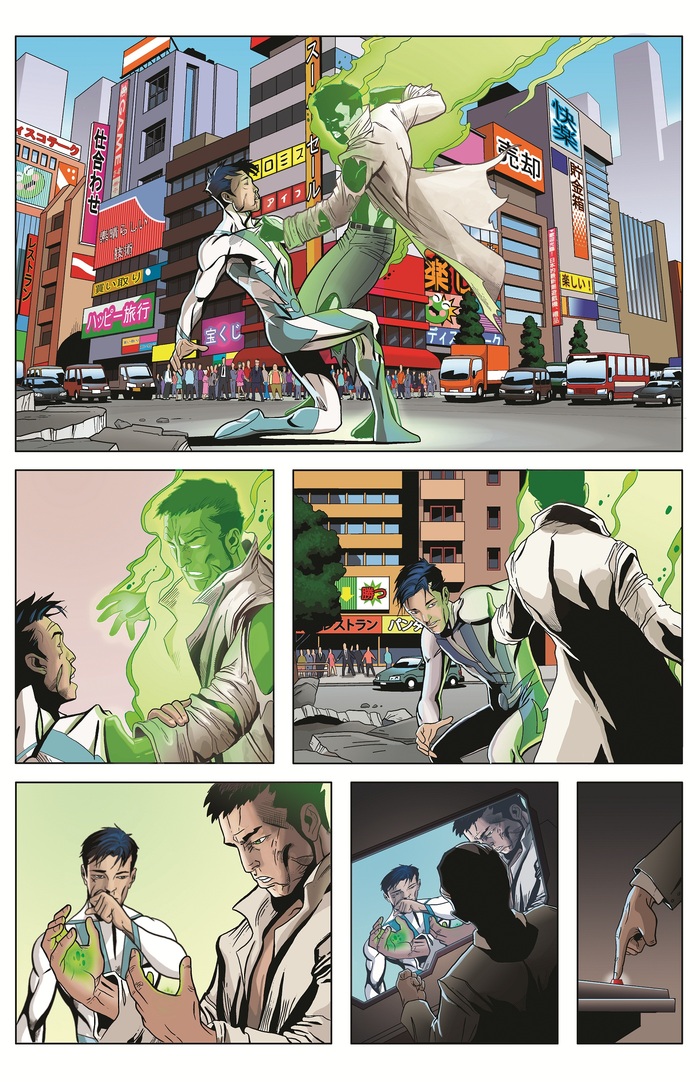 After over 150 years of life, Solestar knows that today will be his last day alive. He's sensed this day coming for a while. He accepts it, knowing he's lived a long, good life. Still, his compassion for mankind won't allow him to leave the world the way it is. Being the last superhero on Earth, and knowing that some of his villains still exist, waiting for him to die so that they can take over the world, Solestar embarks on his most difficult journey yet- to turn the bad guys good. From villains that control the elements (Boom & Cloud), to giant Godzilla-like monsters, irradiated men (Hotoke), and ending with his greatest enemy of all (Yuu Hasashi), Solestar aims to find the good in all of us, one last time. 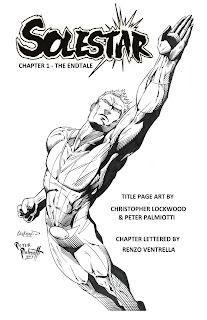 The story is told in five chapter in which over 60 different artists collaborated. Solestar is a very unique book in which helps raise awareness to those that have suffered and continue to suffer from ruptured brain aneurysms and while graphic novel will sell for $10,  all proceeds going to the The Brain Aneurysm Foundation.

Solestar, the amazing book with a deep meaning and a great cause.

With more to come about Solestar, keep your eyes out for Comic Unknown! Also, make sure to follow Comic Unknown on Facebook and Twitter!
Posted by Jorge Alvarez