Interview With The Letterer Of Man Of God

We recently got in contact with Jonathan Swinney the letterer of Man Of God and had this awesome interview!

CU: What made you want to work in the comicbook industry? 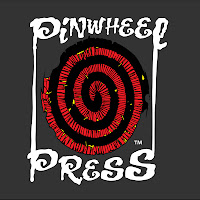 JS: Ever since I picked up my first X-men book at 5 years old, I knew I wanted to do something in the comics industry but, I suck as an artist. Luckily technology advanced and being pretty good with a computer, I was able to pick up lettering fairly quickly.


JS: I have always liked both Batman and Superman as a team. They  both represent "good guys" but there is definitely an interesting duality in there methods.

CU: How did you become part of the MoG creation team?

JS: I was asked to help letter the webcomic "Playing God" that Valiant Entertainment requested prior to their relaunch. We did 18 chapters over at valiantfans.com and i was involved with Chapters 7-18. After it was over, Craig Partin asked me if I would like to join Bob Hall, Yvel Guichet, Stu Berryhill, and himself work on a mainstream book. Obviously, I jumped at the chance.

CU: Why did it take 10 years for the series to be published?

JS: Craig Partin started the story with a different artist (other than Yvel Guichet) years ago. The art and the relationship went sour. Craig put it on hold until we all became a part of it. We took 18 months to perfect the book, the techniques, etc trying to produce the best product we could.

CU: Is there a huge difference in the story between now and all those years ago?

JS: No, it is virtually the same.


CU: Who is John Morris?


JS: John Morris is a Lutheran Minister in a church in Chicago, IL and is married to Kathy Morris.

JS: We ran out of money completing the first three issues. We overprinted issue #1 based on information that Diamond gave us and what we expected our sales to be at C2E2. This had a devastating effect on our budget for the first story arc (Issues 1-6). Kickstarter gave us the money to print the last three (3) issues of the story arc and get them into the fans' hands.

CU: Were you expecting the amount of pledges MoG recieved? 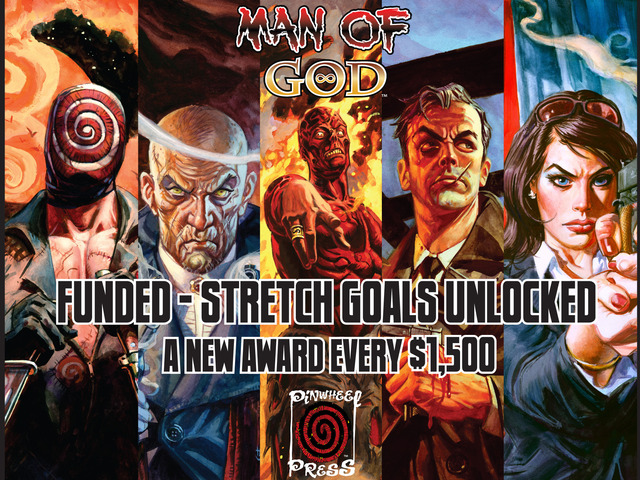 JS: I was expecting to hit our goal but i wasn't expecting to double it. It is bittersweet for me however because I wanted to hit the third stretch goal (to get a zero issue into everyone's hand that bought a set of 1-6) and fourth goal as well (a short 15 min live action DVD of three of my favorite scenes from the book).

CU: Any news on release dates for each upcoming books?

JS: Issue #4 was released at Derby City Comic Con in Louisville,KY on June 29th. Issue #5 will be released at DanCan in Chicago, IL on September 21st. Issue #6 (and hopefully #0) will be released at ComiCon-way in Conway,AR on November 9-10. A TPB may be produce Q1 of 2014. We are working with some local retailers, some mail-order retailers, and some indy friendly retailers to try to distribute it on a wider basis.

CU: Did you ever have a scene/ issue where you look back and thought "WOW!"?

JS: Yes, but it hasn't been released yet so I can't talk about it. It is the entire issue #6 though. It left my jaw on the floor.

CU: It was mentioned in Kickstarters about an issue 0, will it still be in production even though the pledges didn't reach that goal?

JS: Yes, but it won't be free and it will be very limited and very hard to get.

CU: How can viewers find your comic book?

JS: If you can't make it to a show or your retailer doesn't have it, you can contact us through our Facebook page at https://www.facebook.com/manofgodcomic or you can contact me directly at fanboy375@gmail.com We are on Balloond right now for digital download at https://www.balloond.com/comic/man-of-god/1 We will also be on Comixology submit soon for digital download. Issue 1-3 will be first and probably 10 weeks later Issue #4 will come out. The Comixology Submit process has been extremely slow and painful for us. They have not hit any of the dates they promised us and continue to change the review date (It went from 4-6 weeks, to 8-10 weeks). We are actually in week 11 with no word yet.

You read it here Comic Unknowners, Issue Four is available now!
So which cover was your favorite?


Don't forget issue one is available for FREE!


Just follow this link provided!
Don't forget to follow C.U. on Twitter and always be on the lookout on all things C.U.
Posted by Jorge Alvarez