A Samurai And His Sword

WELCOME BACK TO ANOTHER GREAT INSTALLMENT TO COMIC UNKNOWN!!!

Today's comic will take us to an era with samurais and thieves. Where bordering nations are in great tension, we find a wanderer, a ronin, a Monkeyronin?
The Legend of Monkeyronin! 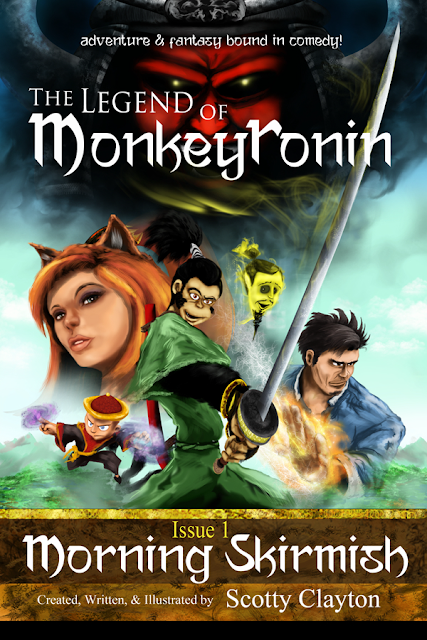 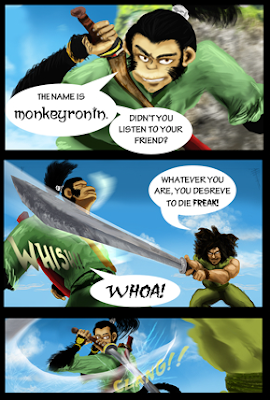 Created, written, and illustrated by Scotty Clayton, The Legend of Monkeyronin series is a fantasy adventure about the title character and his sidekick Kusanagi, a spirit bonded to his sword. We find Monkeyronin on the way to the city of Sanja Inoue where he confronts three thugs attempting to rob an old couple. With these bandits underestimating Monkeyronin, they soon realize that they are no match for him. While Monkeyronin is seen kicking bandit butt and protecting the defenseless, we find another pair of characters known as Bato the Lightning Fist and Bing Bing. Bato has entered a fighting tournament and about to fight a big brute but right when he was about to fight, Bing Bing must leave to see the High Priestess of North, Lady Kaguali. 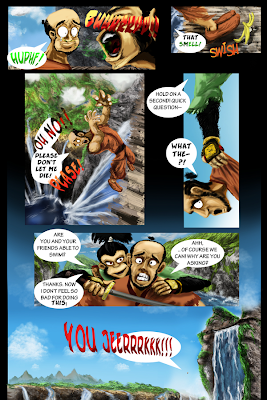 The illustration gives this brand new series a a fully colored painted look in which looks great and makes perfect sense for this comic. Having an obvious name of what or who Monkeyronin is does not hinder the story. It is fun to follow Monkeyronin in his adventure and see a random spirit head following him as a sidekick. He makes a monkey out of his opponents with his own sense of humor. Without any complaints this is a book the whole family can follow. While this issue is about story building, we will soon see a powerful dark being crossing paths with our monkey samurai. Only time will tell on what will happen, until then we can only wait and see. While Issue One Morning Skirmish is available now for both digital ($1.99) and physical copy ($3.99), Issue Two & Three will be released on August 28th, 2013 for the same prices. 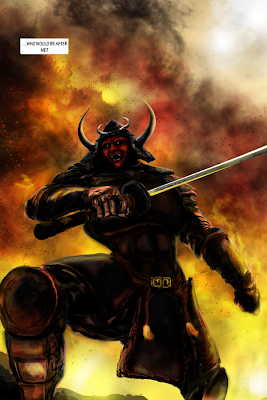 Want to have a glimpse into the story of Monkeyronin? Check out the mini adventures of the samurai monkey known as Ghost Troubles and Monkeyronin's Backstory. You can follow updates of Monkeyronin in its Facebook page as well as Comic Unknown's page, so keep yourself to date with everything COMIC UNKNOWN!