WELCOME TO ANOTHER EPIC CHAPTER  OF COMIC UNKNOWN! 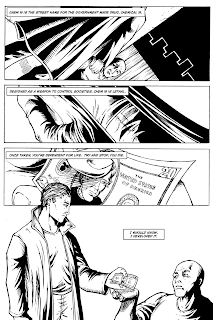 Lets imagine a future where civilization is segregated with those who are addicted beyond control and those who are not. Now lets imagine that there is a drug that exists where once someone has taken it, they must continue to use it or else they parish. That drug is called CHEM 19, and the man that is looking for a cure was the same person who created it! Created and written by Kevin Truglio and illustrated and lettered by Przemyslaw R. Dedelis, Chem 19 follows Dr. Jason Wagner. Dr. Wagner had created Chem 19 for use in war and was designed to foster addiction and dependence.The chemical compound attached itself to DNA of the user and if the user stopped taking the drug, then the chemical would disintegrate along with the DNA causing death. 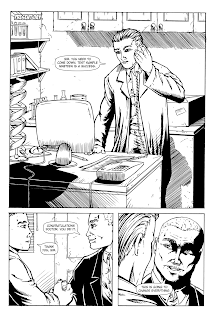 The purpose of Chemical 19 was to bring the elimination or dependence of warring countries. With no cure provided, the drug found its way to every country. With little to no government support, all addicts are segregated into the cities and with no way out.In his travels, we see Wagner in the process of leaving the city. He is confronted with common criminals attempting to rob him of a vial of Chem 19 he is carrying. Fighting ensues and the thugs soon realized that they picked a fight with the wrong person. He reaches the checkpoint to leave the city and gets on the departure bus but the bus was quickly stopped by the checkpoint officers when they realize someone on the bus is attempting to sneak out of the city. 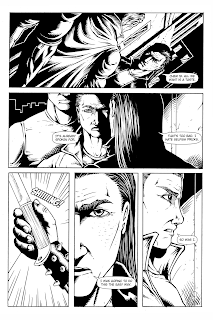 With out any more spoilers, Chem 19 is an awesome read with a story that is basically in a post apocalyptic world and yet still controlled under one entity. It has it a great cover and illustrations and is an indie comic where you can't just stop on the first issue. The issue begins building the dystopian world and with one man searching for a cure. Chem 19 is black and white with about 30 pages of story and a few goodies at the end. It is currently available for an awesome price of .....$0.00! So just follow this link and start reading!. Issue Two is also available for digital download for only $0.99. Don't forget to check out Chem 19's Facebook page for instant updates of the series! STAY TUNED TO COMIC UNKNOWN FOR FUTURE POSTS OF CHEM 19 AND DON'T FORGET TO FOLLOW OUR FACEBOOK AND TWITTER TO GET INSTANT FEEDS OF EVERYTHING INDIE.