Welcome back to another story of the Comic Unknown Anthology!!
Today We Will Be Introducing 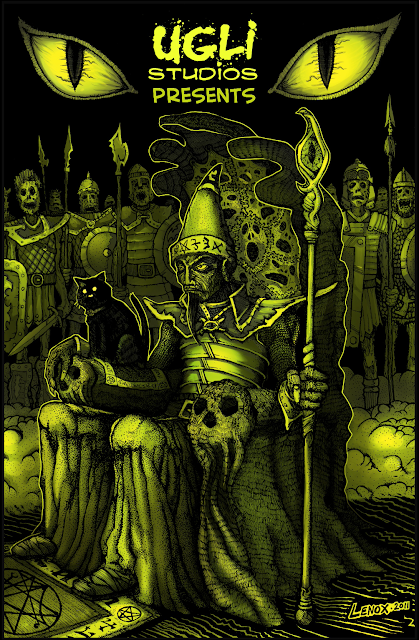 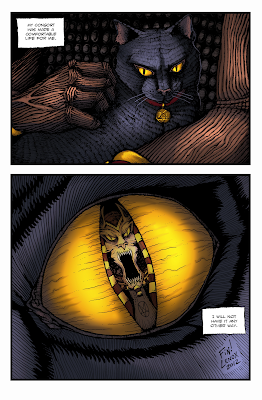 Through the Eyes of Grizelda takes place in what was once a golden empire known as Xendria but now ravaged by centuries of war. We follow Grizelda, a feline companion to a powerful and feared Necromancer Amon Kadesh. Amon Kadesh is the stagnant ruler of this empire and we find him in a battle with those brave enough to cause an uprising and end his reign. But the necromancer would never give up so easily; he has the ability to call out the Great Beast and end this battle.

Instead of what most books would do and follow a good hearted hero in a quest to stop an evil entity, this tale does the complete opposite. It follows the vessel for the Great Beast of the Necromancer! While Grizelda easily makes her way back to the necromancer, we see the valiant warriors storming into a castle full of the living dead and cutting their way to Amon Kadesh. Right when they believe they have victory in their hands, Amon Kadesh chants the spell to release the Great Beast. In just a split moment, the tables have turned in this epic battle. This is an original and awesome story to catch and could easily continue as a stand alone comic. 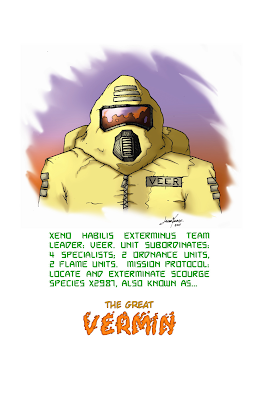 The Great Vermin follows Xeno Habilis Exterminus team leader Veer and his company with a mission to exterminate the scourge species X2987. They land on the planet that has these “Great Vermin” to eradicate them because they swarm across the stars like locusts, spreading famine, pollution, and disease. Without going into too much detail, this story was short, sweet, and had an awesome twist. While it is only a few pages, it definitely did the job. It is a great read and follows the quality over quantity guidelines that we rarely see these days.