WELCOME TO ANOTHER ADVENTURE OF COMIC UNKNOWN!

Today we have had a chance to review a comic that is a blast from the past.  From our very first interview, today we will talk about the Single Father Hero, Bedbug! 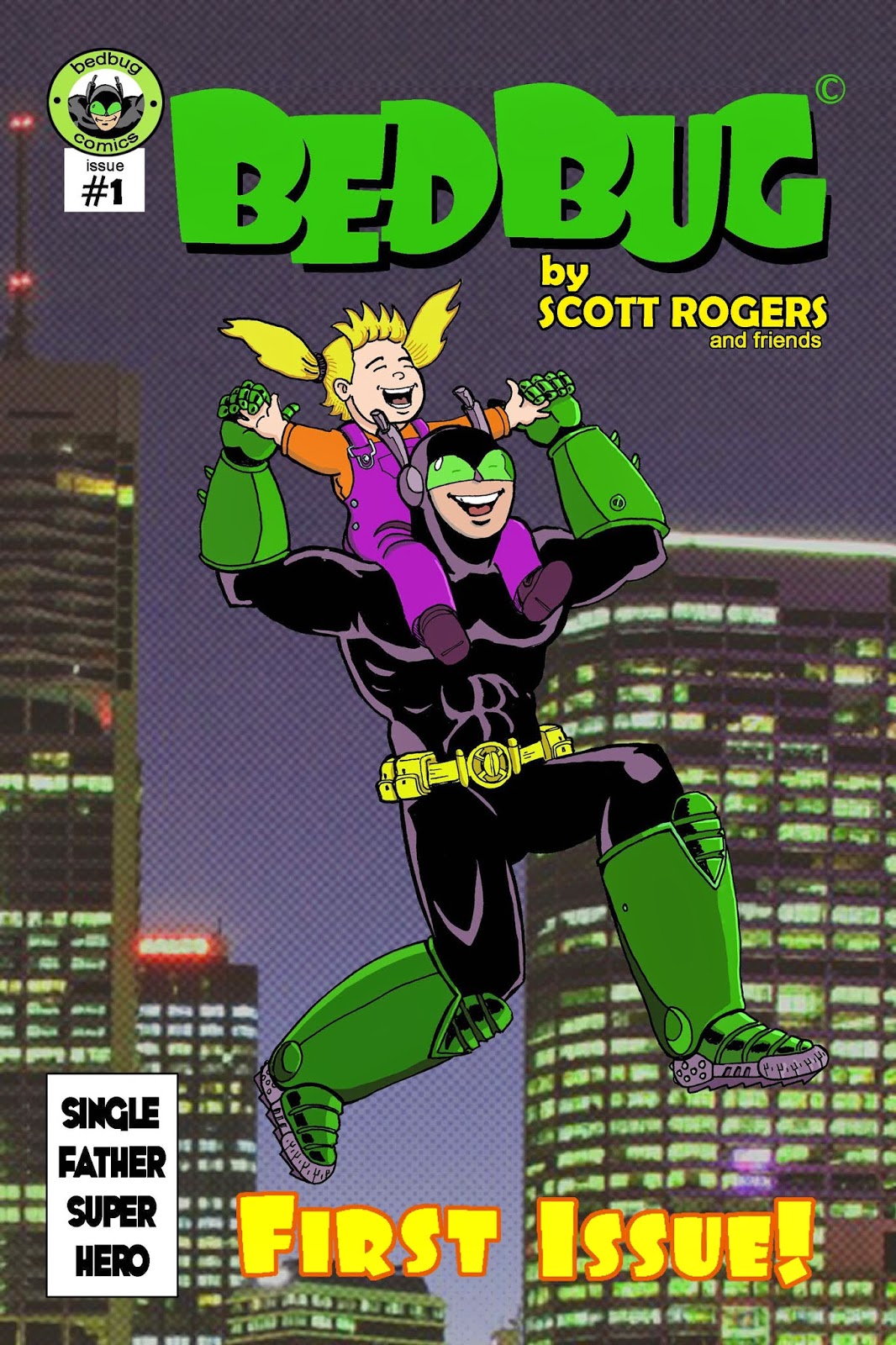 Buddy Sprang, the professional crime fighting entrepreneur known as Bedbug always wanted to be a super hero as a child. With an unfortunate event resulting in an irreversible spinal injury at a young age,  Sprang was told he could never walk again.  That didn't stop Sprang from later developing high tech jumping boots that allows him to use his motor skills, let alone becoming the hero everyone loves in the city of Silicon. With Issue One being completely sold out, Bedbug was clearly a hit! Issue one has four stories: Who He Is And How He Came To Be, Teacher's Pet, Invitation, and It Happened At Twilight. 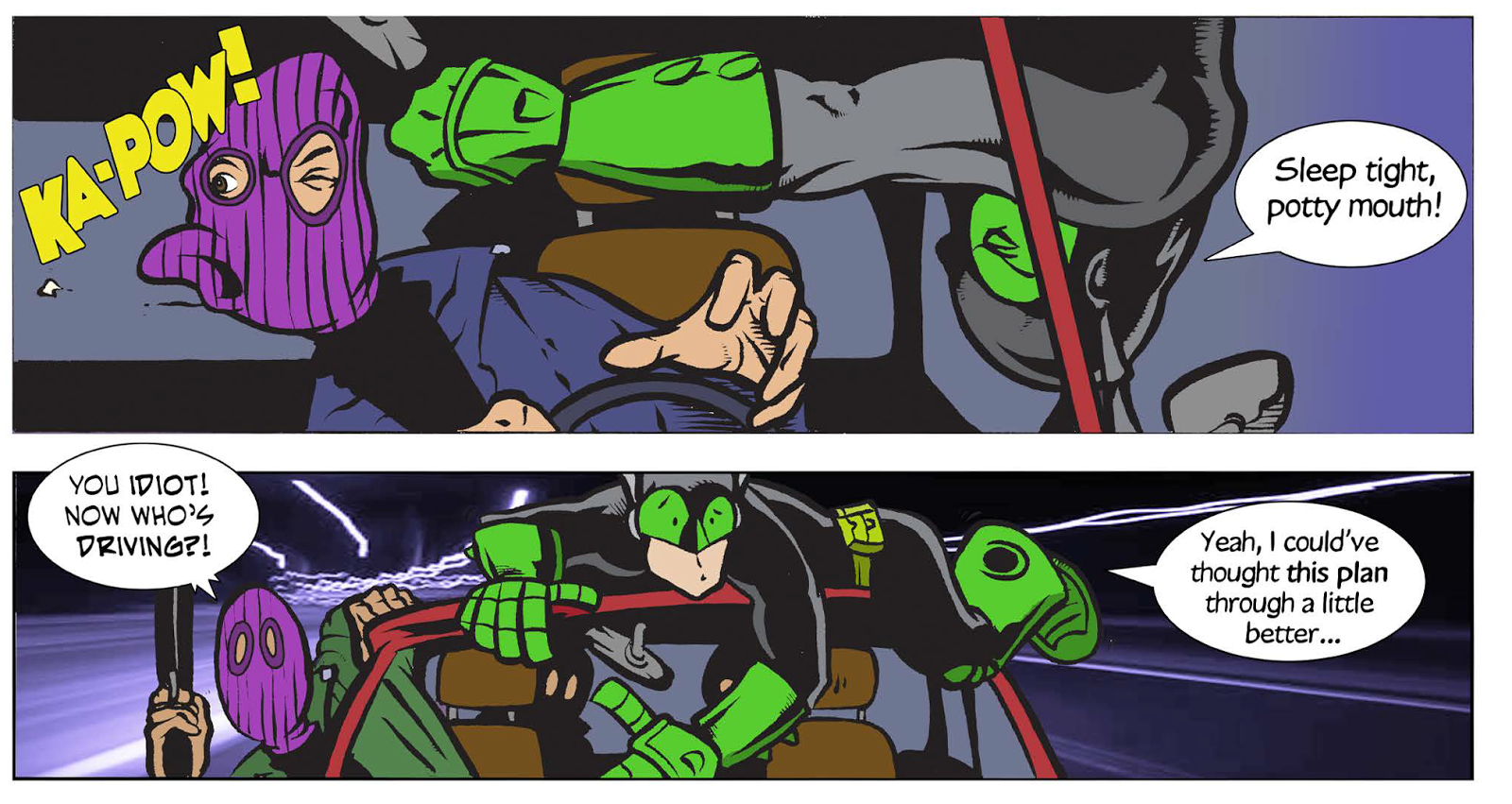 We are quickly drawn into what the creator calls A Bedbug Bugbite, in which are one page stories with this one being called Teacher's Pet. The story is by Chad Jones and art by Scott Rogers. From the this transition, although small, we see that Scott Rogers not only does the writing but can also show a thing or two in the art. The art in the story not only reminds me of the style of how newspaper comic are drawn, it also gives the impression of either Archie, Calvin & Hobbs or Jughead inspire the art style (in which I have no complaints). For a single page comic, I enjoyed it more than i expected, it shows the love Buddy has for Elvira and vice versa. The longest story is called Invitation which is the story and art is by Scott Rogers. In the story we see a new ally of Bedbug named Blue Tiger. Infused with a mystical sapphire in his chest, he help those in need with the super natural powers from the gem. In Invitation, Blue Tiger and Begbug find an invitation for all baddies to the "Crime Spree of the Century" after defeating the Grave Robber. Coincidentally, the invitation lands on the same day as Buddy's daughter's invite to a sleep over she has been wanting to go. While the crime spree invite isn't exactly what it seems to be, we see BB attempt to put a stop into it. With many villainous characters introduced, Invitation was biggest piece of the pie where we begin to develop the the Bedbug universe. It was a fun story with art that has the old school crayon or color pencil feeling to it.

Lastly, we have another of Bedbug's Bugbite short called It Happened at Twilight. Written by Erik Burman and art done by Scott Rogers, the story has a humorous take on the recently popular vampire movies. It pokes fun in an innocent way where any reader will have a laugh at.

In this day and age, we don't get to see standalone stories in the comic book world much. The short stories allows all audiences enjoy the book and reminds us that a good story does not necessarily have to be a four issue long story for us the reader to have a good time reading. It is aimed for everyone to enjoy and enjoy they shall. While issue one is officially SOLD OUT! Look for Bedbug #2 coming Spring 2014. For any updates of Bedbug, check out his site here!

Want to keep yourself updated with all comics mentioned on Comic Unknown? Give us a like on Facebook for all future updates of Buddy Sprang and all of the other heroes featured on Comic Unknown!
Posted by Jorge Alvarez No comments: 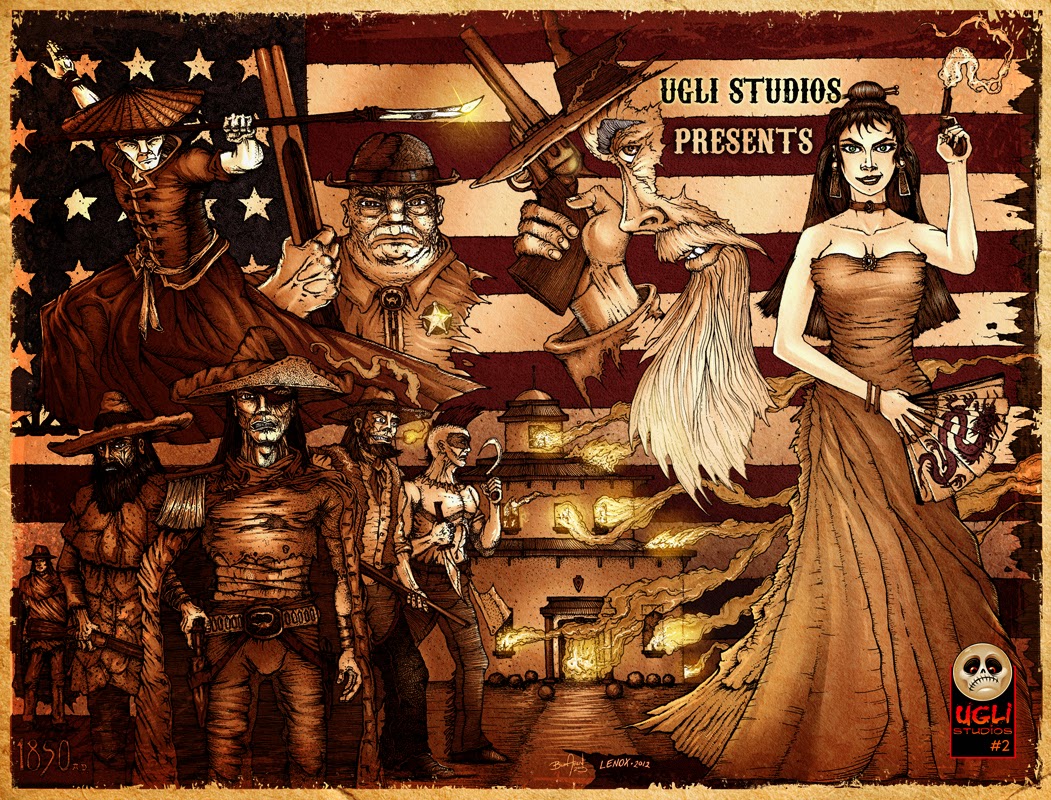 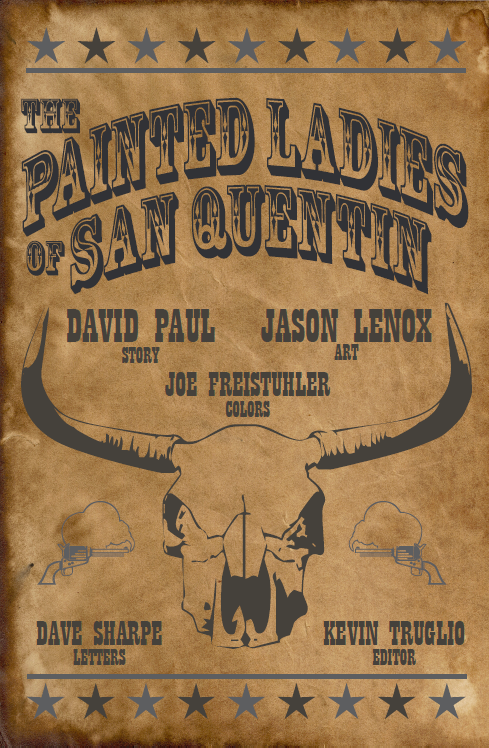 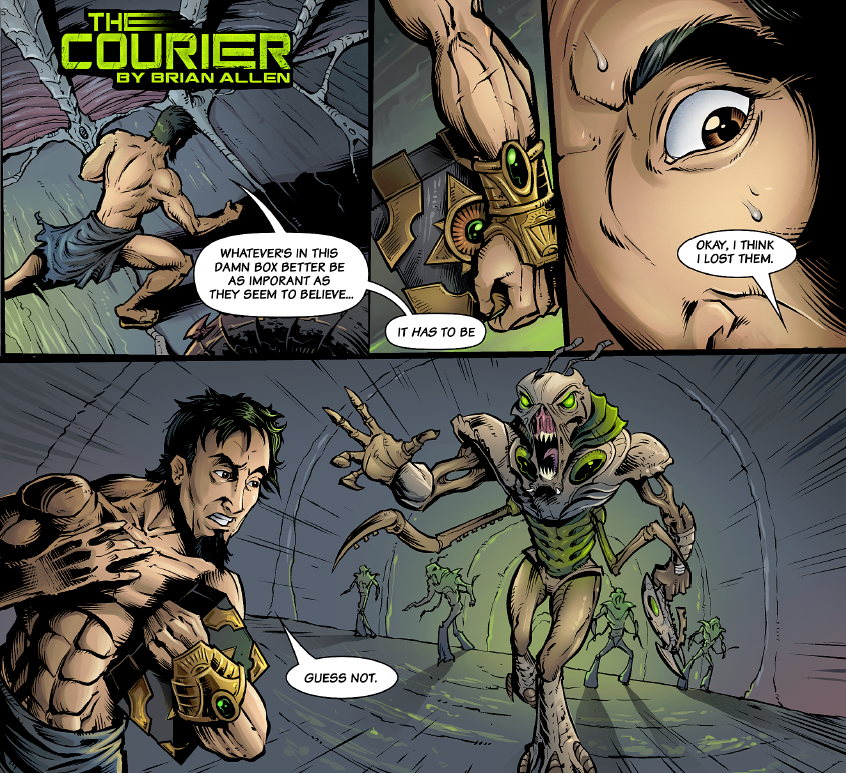 Posted by Jorge Alvarez No comments: