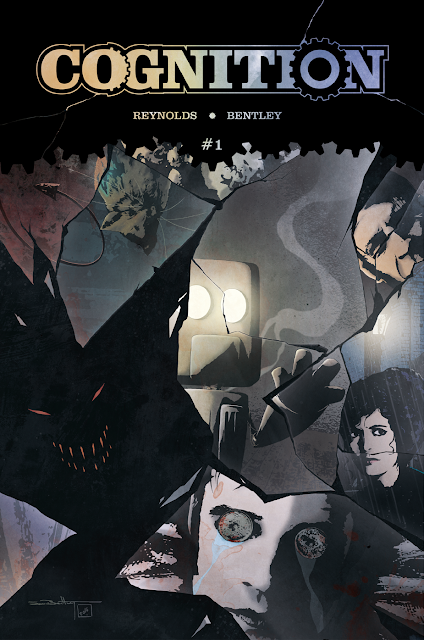 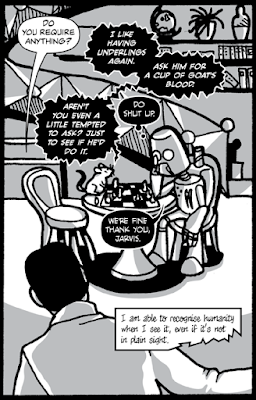 The Cognition creative team are back with the official issue one of the series. Unlike issue zero, issue one consist of the main story and an additional  narrative from the butler. Cal and Sigma investigate the mysterious death of their client's brother. The client had approached the organization about his brother's death since he felt that it was beyond conventional. Like most investigative stories, the client proceeds to explain the backstory of his brother Edward and what has occurred to him. The love Edward had for his recently departed wife and his beautiful daughters brought the client to believe that his actions were not probable. He was secluded and depressed, very withdrawn but abruptly changed. It wasn't for the better however, he became somewhat of a solicitor and whispers began to spread of his disturbing vices. Edward then surrendered to the police and was hanged for his crimes. The client knew that wasn't his loving brother. What came about of Edward? Will Cal and Sigma figure out his intentions? 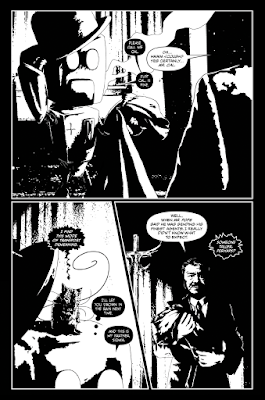 As stated from the last review, Ken Reynolds and Sam Bentley cannot do no wrong with their gothic/ dark supernatural  tale. Although this issue consists of one story and a bonus feature, it's still compelling to the very end. Cognition's art style is very unique and grimly beautiful but what will always stand out are the duo themselves. Cal and Sigma's sassy telepathic remarks to each other adds a bit of comedic relief considering the dark tale. Sigma, the demonically possessed rat has no hair on his tongue and iterates anything on its mind. The bonus feature, is a short story from the butler's prospective. The art style and the story are both lighthearted and entertaining to see. Overall, Issue One stands next to its previous issue with its compelling story telling combined with the dark yet beautiful art style. This spectacular team created both visually and a literary masterpiece. Successfully funded on Kickstarter in September 2016, readers can check out Cognition on their social medias such as Facebook and Twitter!

MAKE SURE TO FOLLOW US ON FACEBOOK AND TWITTER FOR ALL UPDATES ON COGNITION AND ALL OTHER INDIE COMICS WE REVIEW AND KEEP YOUR EYES OPEN FOR ALL NEW INTERVIEWS WITH THE CREATORS OF THE AWESOME COMICS WE HAVE REVIEWED!