Year of the Spellman: The Interview 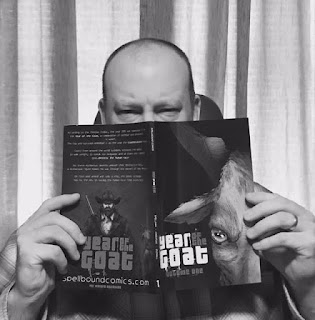 WELCOME BAAA-CK TO ANOTHER AMAZING INTERVIEW WITH GOATS IN THE BRAIN. THAT'S RIGHT! TODAY WE WILL HAVE OUR ONE-ON-ONE WITH TOM SPELLMAN, THE CREATOR OF YEAR OF THE GOAT. SO LETS GOAT THIS INTERVIEW STARTED.

Comic Unknown: What made you want to work in the comicbook industry?

Tom Spellman: I've been a comic book reader since is was 10 years old and I can remember many times over the years, saying to myself...wow, that's a great comic book idea.  A few years ago, I was flipping through the internet looking for a good series to read (that I hadn't already read). I couldn't find anything interesting from the big few publishers, but a few awesome books were popping up that were independent and launched on Kickstarter.  I had no idea what Kickstarter was but as I read on, I found there were people just like me, without a book deal, that had great story ideas that needed to be told...and Kickstarter provided a platform for funding to make it happen. 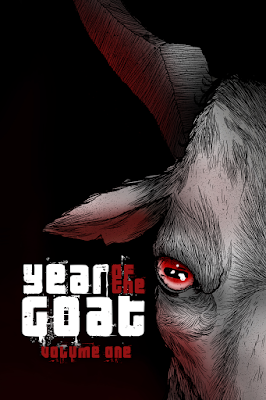 CU: How did you come up with Year of the Goat?

TS: I'll start by saying that I have a warped sense of humor.  The first comic I launched on Kickstarter was Time Stop, a story about a guy who finds a watch that gives him the ability to freeze time.  Though I still love the concept, the story didn't give me an outlet to release the warped ideas floating around in my noggin.  Timestop didn't do too well and I almost gave up on self-publishing.  Then I said to myself, let me try something different.  Instead of making a story that I think people will like, I'm going to write a story that I would want to read.  It was 2015 and I was in a Chinese restaurant waiting for my takeout and I noticed a calendar on the wall that said 2015, the Year of the Goat.  My mind starting spinning and I came up with the idea right after that.

TS: I wrote up through Issue 10.  It ends in a way that could conclude the series, but also leaves a few cliff hangars that would allow me to continue. 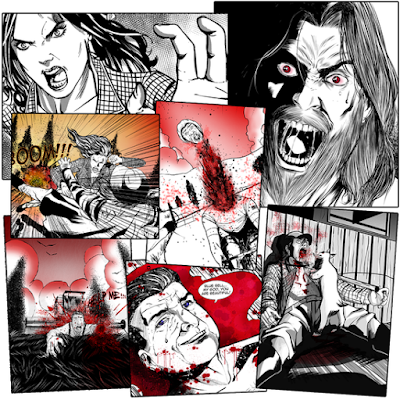 TS: No plans for that.  I have had a few ideas of maybe some one offs but haven't written anything yet.

CU: What was the most difficult part in the production of Year of the Goat?

TS: The part I struggle with the most is the wording.  I write the comic well in advance of having it made.  That artwork is fun, the coloring is fun...but then when I get a proof of the final version with my original writing then in bubble form, I end up revising it about 100 times.  It seems what I originally write sounds perfect when I am writing it, but once I see it on the artwork, with the characters saying it, I end up changing a lot of what I originally wrote.  I have perfectionist tendencies and end up revising maybe much more than I should. 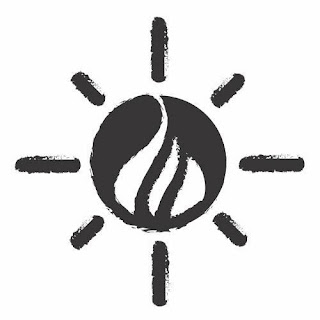 CU: Are you planning on any new series after Year of the Goat?

TS: YES!  You may notice on Facebook that I have been teasing pictures of my next series, Children of Nirvana.  There is nothing like it in the universe and I feel I really have a solid story in my hands (and not just because I wrote it, hehe).  Issue one is going into production very soon and even if I continue Goat after Issue 10, I want to take some time off to focus on future issues of Nirvana. 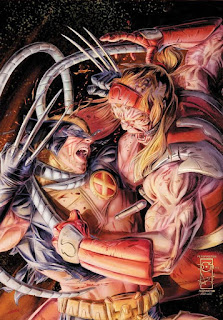 TS: This answer would surely change at different times in my life.  Back at 10, I would have said any of the Ninja Turtles or anyone in Classic X-Men, especially Wolverine, Gambit and Omega Red.  Now I'm at a point where I prefer more serious, non-superpower heroes and villains.  Jeppard from Jeff Lemire's Sweet Tooth tops the list of heroes.  I just like the raw, gritty, mountain of a man who after facing much turmoil in his life, has one last ditch effort to prove to himself that he is actually a good person.

CU: Who has been the biggest influence on you in the comic industry?

TS: This might be the answer you were expecting but my biggest influence is all the other creator that are making comics and building a fan base on crowd funding platforms.  There's been a few times where I've said, why the hell am I doing this.  Then I log into Facebook and see others, just like me who don't have a writing deal, still putting out kick-ass stories.

CU: What is the best way readers can find Year of the Goat?

TS: Right now the goats are baaaa-ck with Issue 7 on Kickstarter and the campaign ends March 3rd, 2017.  Though it's 7, there are reward levels that provide back issues and the volume one TPB featuring issues 1-5.  Previous issues are also available on SpellBound Comics.

THANK YOU SO MUCH TOM SPELLMAN FOR THIS GOAT FILLED INTERVIEW! MAKE SURE TO FOLLOW US ON FACEBOOK AND TWITTER FOR ALL UPDATES ON ALL INDIE COMICS WE REVIEW AND NEW INTERVIEWS WITH THE CREATORS OF THE AWESOME COMICS WE HAVE REVIEWED!
Posted by Jorge Alvarez