The Road Ahead for Comic Unknown 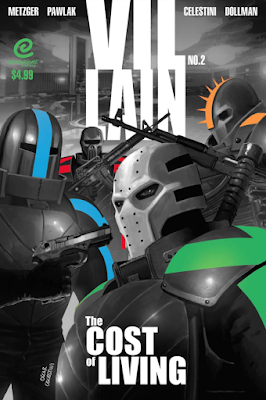 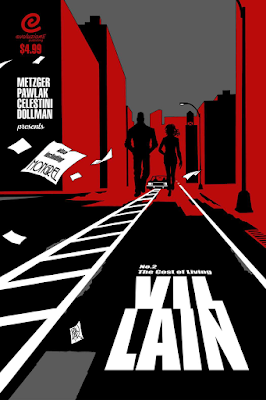 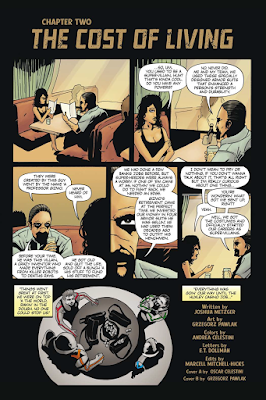 Comic Unknown returns to the mind of Joshua Metzer and dive into Villain issue #2. With insight on who the characters were and what they want to become, Villain Issue #2 continues where it left off with the serial killer still tracking Lilly, the girl that got away. Gil Grimes is on a date with her and is having a very candid talk on who they were before the attempted murder incident. Unfortunately, the killer is close by waiting for the right moment to strike. Once the date finished, Mongrel spotted the the Gil and Lilly and  intervened the date to warned her to stay away from Grimes. The amount of attention on Lilly quickly catches up to her and the serial killer found his moment to strike but once again failed. This gave Grimes and Lilly a stronger connection, a reason to live, and to become better people regardless of their previous experiences. But like most characters with a past, his past has come back to haunt him once more. Will Gil Grimes ever get to live the life he wants? Meanwhile, Mongrel's investigation turns into a conspiracy theory and must solves it before it's too late. 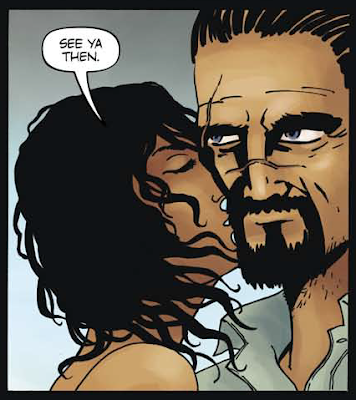 Joshua Metzger and majority of the original team are back for this issue. Villain #2 not only gave us a history lesson, but also answered some questions from the previous issue. This story gave us enough to invest in the character development, from Mongrel to the serial killer himself. Metzger created the story for this issue and it's brilliant; the same goes for the illustrators. Grzegorz Pawlak (Artist), Andera Celestini (Colorist), and E.T. Dollman (Letterer) all did a marvelous job comprehending Metzger's work and making it fluid and coherent. What will the next issue have in store for us? Readers can purchase Villain Issue Two for $3.00 on Gumroad. Make sure to support and follow the creators on Facebook and their publisher's Facebook.

MAKE SURE TO FOLLOW US ON FACEBOOK AND TWITTER FOR ALL UPDATES ON VILLAIN AND ALL OTHER INDIE COMICS WE REVIEW AND KEEP YOUR EYES OPEN FOR ALL NEW INTERVIEWS WITH THE CREATORS OF THE AWESOME COMICS WE HAVE REVIEWED! 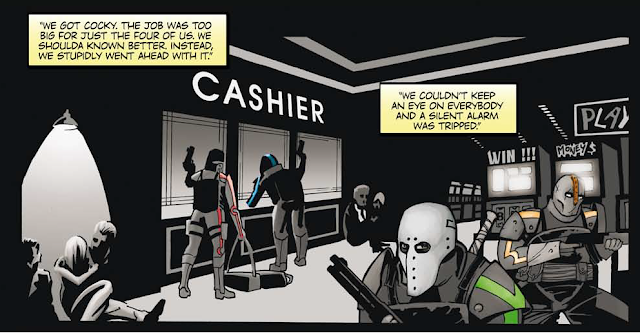