The Enigma of Comic Unknown 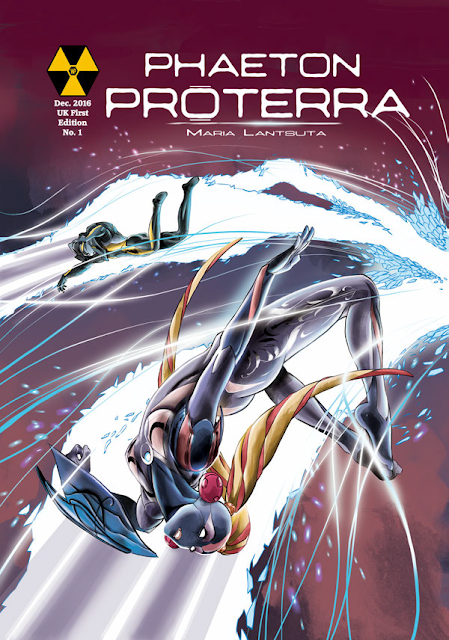 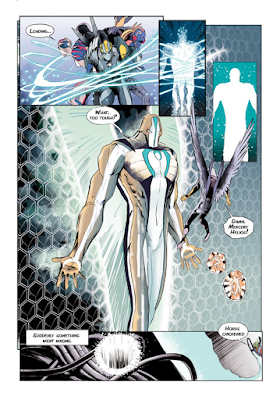 In the future, humans have achieved to reach across the galaxy. Utilizing a transporter called Proterra aka the info-world, anyone can travel across the galaxy instantaneously. Such power can be very seductive and must be protected from those who wish to use this technology for their own gain. Proterra is now protected by the league known as Mercury with officers known as easily as the Mercs. In the issue, five of these Mercs were deployed for a rescue mission and to neutralize the threat known as Horus. The soldiers had the upper hand by combining their powers  up until something suddenly goes wrong causing the armor that protects the Mercs to disappear. Not only did Horus escaped but the hostages didn't make it.  After grieving for their lose, Mercury started an investigation on the anomaly before the matter worsens and before more lives are taken. However, investigating this egnima didn't go as planned. Will Mercury solve this mysterious glitch before it's too late? 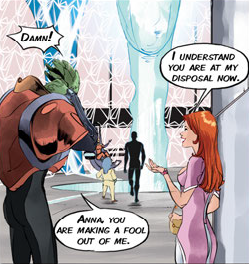 Phaeton Proterra was created, written, and illustrated by Maria Lansuta. She does a splendid job catching the reader's attention considering it is merely the first issue. Her sci-fi comic is fast paced and shows great potential with many possible scenarios for upcoming issues. Lansuta does a marvelous job harmonizing her storytelling with her expressive art. Leaving some questions unanswered, the narrative is smooth and comprehensible. Phaeton Proterra, combined with its impressive illustrations and alluring narrative can be supported by  purchasing a physical copy at WP Comics or Amazon or digitally at the WP Comics Digital Store. Always make sure to follow WP Comics Ltd on Facebook or Twitter and make sure to check out any other books  WP Comics will be releasing.

DO NOT FORGET TO FOLLOW US ON FACEBOOK AND TWITTER FOR ALL UPDATES ON PHAETON PROTERRA AND ALL OTHER INDIE COMICS WE REVIEW AND KEEP YOUR EYES OPEN FOR ALL NEW INTERVIEWS WITH THE CREATORS OF THE AWESOME COMICS WE HAVE REVIEWED! 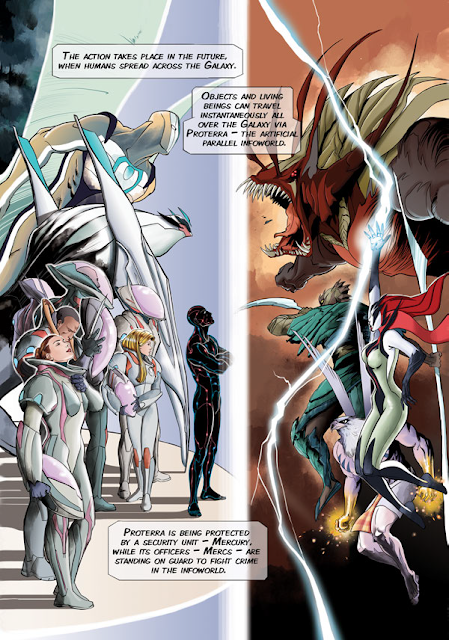