Comic Unknown's Skeleton in the Closet 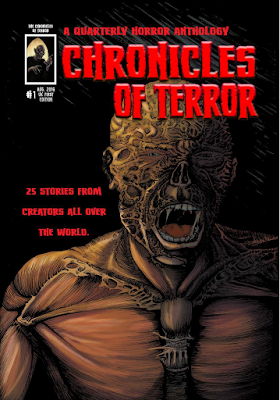 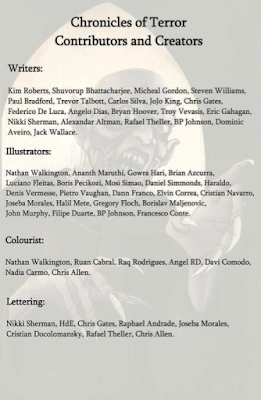 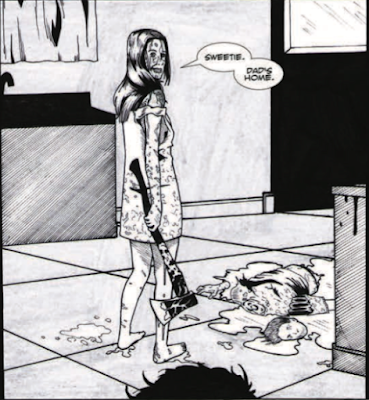 Welcome back to another horrific tale at Comic Unknown! We enter Chronicles of Terror, a collection of 25 stories in a single book. Don't let the pages intimidate you so easily but be prepared for the terror. WP Comics accumulated various writers and artists to create such a rare masterpiece. To indulge the readers, each narrative differs from the previous one. Some stories are very radical, very far-fetched but there are a few tales that seem plausible which can potentially be the best ones. Without spoiling the anthology, we can use some imagination here with some examples from the book: A boy who was released from a mental ward believes he's safer in the ward than the outside world and a mother who refuses to leave her family not matter what. 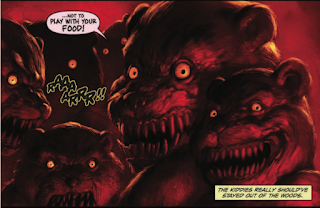 Chronicles of Terror #1 is a rare comic out of the norm. It is a book filled with different stories and art styles that enhance the dark and twisted series of events. It is versatile and yet grimly beautiful. It places certain fears to the test and is great for any fan of horror tales. Any horror fans, even those new to anthologies should pick up a copy of the anthology as some of these stories are morbidly fantastic. Chronicles of Terror #1 is available at Chronicles of Terror's website for purchase in both digital and softcover copies. If you have a dark story to share and is developed, WP Comic is willing to hear you out and maybe it'll be in a future issue of the Chronicles of Terror comic series, simply click here to review the guidelines and submit if you believe you can scare them. Readers can keep track of Chronicles of Terror on their social media pages such as their Facebook and Twitter. 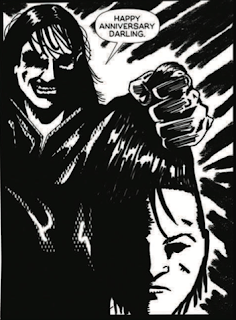 MAKE SURE TO FOLLOW US ON FACEBOOK AND TWITTER FOR ALL UPDATES ON VILLAIN AND ALL OTHER INDIE COMICS WE REVIEW AND KEEP YOUR EYES OPEN FOR ALL NEW INTERVIEWS WITH THE CREATORS OF THE AWESOME COMICS WE HAVE REVIEWED!