WELCOME BACK TO ANOTHER GREAT ADVENTURE OF COMIC UNKNOWN!!! 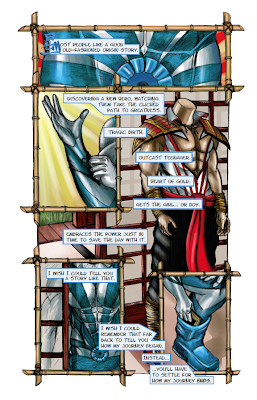 While the last time we spoke about Solestar, we just did a basic recap of all five issues. Today we will focus on issue 1. With Siike Donnelly as the creator and writer, we have a large amount of talent for the penciling, inking, and coloring. It has 9 different pencilers, just one inker on the tenth page, and 7 different colorists. This book is definitely unique in many aspects. Issue One The Endtale starts off with a narrative from Isamu Takahashi also known as Solestar. He begins to reminisce about his beloved Ashley when she was still alive. While visiting her grave, he senses an ominous storm heading towards the city. By the time he got close enough, he realized that inside the storm is a heartbeat, a woman's heartbeat. 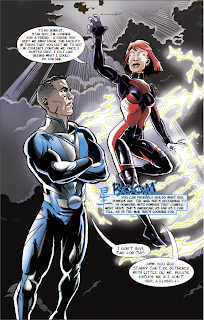 Unfortunately he recognizes the heart beat to Boom, a young American woman with the ability of manipulating electricity around her. While still upset at him for sending her to a holding facility, she informs him that she is looking for her partner. To avoid any major confrontation, he quickly outsmarts her and puts her to sleep with a simple pinch on the neck. Assuming the confrontation was over, he planned send her back to the holding facility. He then gets zapped in the eyes by someone else. Caught off guard with the surprise attack, Solestar soon realize that he's in a predicament with both Boom and Cloud! 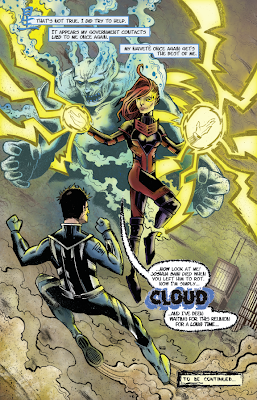 A story with a good way to end off an issue, The Endtale would make any reader want for more. With much more to come, Solestar proves itself with a strong beginning and having a spectrum of different art styles does not hinder it in any way. Issue one has a unique narrative lettering design in which I find truly awesome. Solestar Issue 1 The Endtale will be available around the Thanksgiving holiday so be ready!