Interview with the Illustrator

WELCOME TO ANOTHER AMAZING INTERVIEW HERE AT COMIC UNKNOWN! WE HAVE HAD THE PLEASURE TO HAVE A ONE ON ONE WITH FRANKIE B. WASHINGTON! 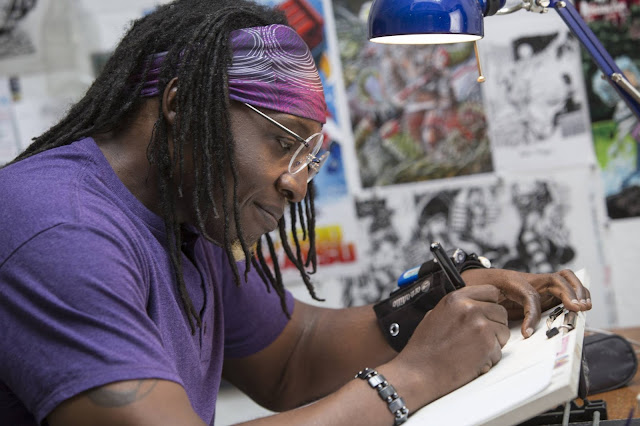 Comic Unknown: What made you want to work in the comic book industry?

Frankie B. Washington: I actually don’t consider myself a comic book artist, I’m a Commercial Illustrator whose worked in the art industry (Film, Animation, Advertising, Toys, Cards and Print). I’ve always wanted to learn as much as possible about other aspects of the art industry. Never getting locked down into one specific area but instead dabbling in as many as I came across. The comic book industry to me is no different to me than working on storyboards in tv ad campaigns… Or storyboards. I’m a huge fan of Sequential artwork and what it can offer as an experience to the person viewing it. 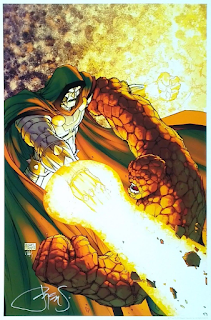 CU: Who is your favorite all time super hero/villain? Why?
FBW: I’m a huge fan of Marvel Comics “The Thing” - especially the Jack Kirby/ John Byrne run of the character which in my opinion truly represented the ideal of the superhero. A man changed into a monstrous form who continues to fight for a society that judges him. Ben Grimm doesn’t give up and that’s a way of thought which has served me in my own personal life journey. Dr Doom is the epitome of the ultimate super villain . He already has power as the leader of Latvia yet he wants more power. He feels as a dictator that his goals are in the best interest of the masses as long as they accept his rule.

CU: What are your published credits?
FBW: I’ve done illustration for
RPG Books: 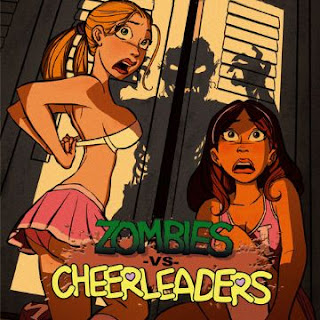 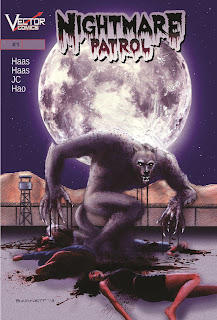 CU: What was the craziest, funnest, or most difficult project you have worked on?
FBW: The one that comes to mind was actual a production job that I did for a client whereas I had to physically paint TeePee for a show. I’ve never done artwork like this and I stepped up to the challenge… And got it done. I personally don’t ever want to do a gig like that again LOL 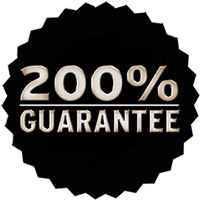 CU: Have you ever felt emotionally invested in your projects?
FBW: Every project, I work on. I feel I have to give 200% to it's success. I want to see it evolve into something more than where it began. I tend to market the projects I'm associated with for myself as well as the client. If they are successful then my relationship with the project will be worth it. It's never a fun moment when a project stales or is simply declared "DEAD" even before it could live.

CU: When working with deadlines, do you have a specific strategy to best manage your time efficiently?
FBW: I have a WAR CALENDAR which lays out my deadline dates. Before i even start a gig, I usually ask the client on a rough estimate of time, so that i can adjust my schedule to fit the project and other projects that might be going on all well. The key thing is to effectively keep all the clients happy and get the job done with minimal stress to my psyche.

CU: Do you work on multiple projects at once? Which project(s) are you currently working on?
FBW: Yes, I do work on multiple projects. As I freelance illustrator, I can find myself working on comic book pages and then switching on to artwork for patches… And then onto toy design. It’s very important to have a very strong system in place to manage the workload. I’m currently working on the webcomic “The Secret Lives Of Villains”, “The Nightmare Patrol”… And any new gig that happens to pop up in my email. 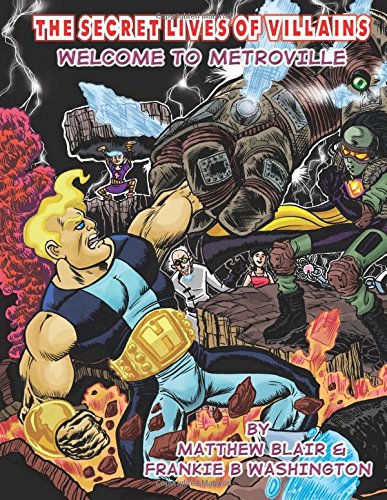 CU: Ever been offered a project and had to decline because of the content?
FBW: Yes, I’ve declined many projects this year alone, just because of the time constraint. As I get older the “Long night into early morning gigs” just aren’t appealing to me as they were when I was younger. I like pacing myself and just insuring that my mental and physical health is taken care of as well as my passion for the art.

CU: Any specific process when you approach a new page you'll be working on?
FBW: When i get a script, I usually thumbnail as I read it. I find that at this stage, my thoughts are raw and allows me to just go for it. Once I’ve finished thumb-nailing, I scan the pages in and can make edits in Photoshop. I always assume that the client will have edits as well… And prepare myself to make them in Photoshop if need be. 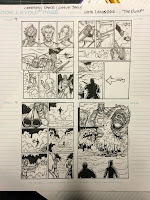 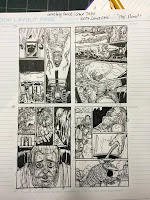 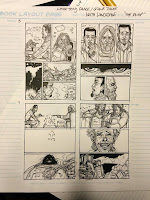 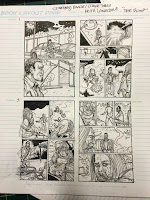 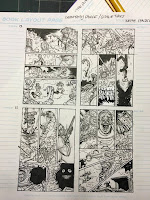 THANK YOU FRANKIE FOR THIS AMAZING OPPORTUNITY! MAKE SURE TO FOLLOW US ON FACEBOOK AND TWITTER FOR ALL UPDATES ON ALL INDIE COMICS WE REVIEW AND NEW INTERVIEWS WITH THE CREATORS OF THE AWESOME COMICS WE HAVE REVIEWED!

Email ThisBlogThis!Share to TwitterShare to FacebookShare to Pinterest
Labels: Frankie B. Washington, interview, The Nightmare Patrol