Tin Man and his Rat

WELCOME TO ANOTHER SUPERNATURAL INVESTIGATION AT COMIC UNKNOWN 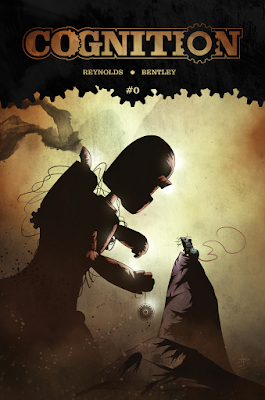 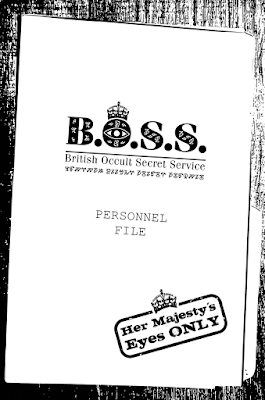 In the Victorian era of England, people were prone to the paranormal and supernatural. Tales are told by the locals of people disappearing without a trace. Could this be fiction to scare off the tourist? Whatever the case may be, this made clairvoyants more popular than ever and for some people, all they see is a quick payday. What would you do if you found a genuine psychic? Would you believe their stories or the fortune they hold for you? Cognition Issue Zero tells a series of stories following an unlikely duo, a human soul stuck in a metal armor and a demon possessed mouse. They work in an organization called B.O.S.S. (British Occult Secret Service) exclusively for the Queen, following any paranormal events affecting humans. These "agents" follow special cases no mortal human could follow because of their paranormal abilities. Nevertheless, they do take part in other ops from sting operations to find those con artist to even investigating the dimension between ours and the next. 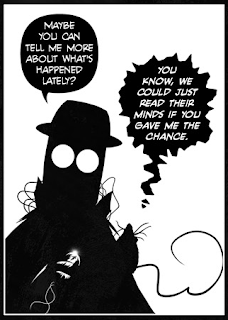 Cognition is a supernatural noir Ken Reynolds created and is a great original comic that has a fresh dark tone. What separates this comic from the others is the art style thanks to Sam Bentley. The monochromatic art style this comic offers sells the story to the readers on a whole different level. Apart from the dark and seductive stories, the protagonists take the spot light. Cal is the human soul trapped in metal armor who likes to do what is right while his demon possessed mouse Sigma is rather callous and do what is needed. These characters balance each other out with their different ideologies and can combine forces to become something greater than themselves. If you're a fan of the dark supernatural thriller, Cognition is definitely what you want to get your hands on. Cognition Issue One is currently on Kickstarter and successfully backed with 10 days to go! Make sure to follow Cognition and the creative team at their Facebook and Twitter!


WANT TO HAVE A SUPERNATURAL TALE ON COGNITION AND ALL OTHER BOOKS REVIEWED AT COMIC UNKNOWN? MAKE SURE TO FOLLOW US ON FACEBOOK AND TWITTER FOR NEWS, REVIEWS, INTERVIEWS AND GENERAL BADASSERY ON ALL THINGS INDIE COMICS.