WELCOME TO ANOTHER SOUL SEARCHING REVIEW AT COMIC UNKNOWN!!! 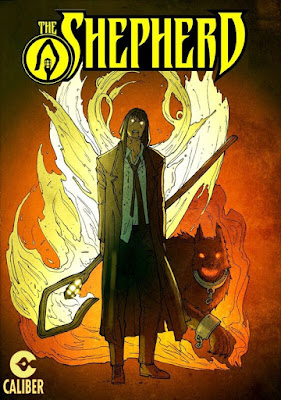 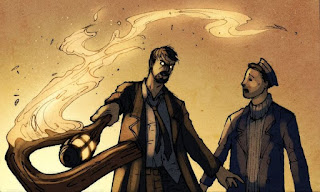 So how far would you go to see if your dearly departed made it to the other side? Would you go to the distant and even cross the seams between life and death to search for them? After Val Miller's drug overdose, Professor Lawrence Miller take matters in his own hands to search for his now deceased son which he believes is stuck in limbo.  This grieving father will stop at nothing to find his son and punish those who caused Val's death. The Shepherd: Apokatastasis was written and created by the father/ son team Andrea Lorenzo Molinari and Roberto Xavier Molinari, pencils/ inks by Ryan Showers, Colorist by Heather Breckel & Mike Stefan and letterer/ logo design by Jacob Bascle. The Shepherd: Apokatastasis is a five issue series turned graphic novel that follows Lawrence Miller in deep sorrow and agony as he ventures into the seam and begins his quest to search for his son. He is confronted by his father warning him what would happen if he continues. After enough feuding, Lawrence's father gave in and gave Lawrence the Staff of Truth and doing so, Lawrence traverses the seams for his emotional yet vengeful mission. 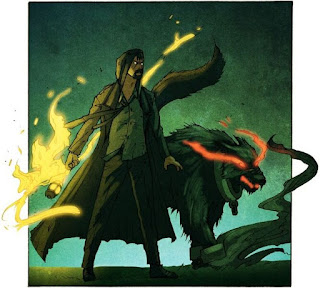 The Shepherd: Apokatastasis is an intense supernatural story that was executed well. The word Apokatastasis originates from the Greek language meaning  reconstitution, restitution, or restoration to the original or primordial condition and  is also used in orthodox teaching that everyone in the end can and will be saved. We are put into perspective of how hard Prof. Miller was hit with the death of his son. The art and shading of the book compliments the story by giving the audience a life after life vibe and dark tone. With some snippets of information on how the story came together in Andrea's mind, we see how this book is eerily personal and how The Shepherd was born. The Shepherd: Apokatastasis is a great read with a dark tone that has us questioning what will happen in the book as we read. It has art that fits perfectly and starts the movie reel from beginning to end. You can follow Professor Lawrence Miller and The Shepherd: Apokatastasis at Caliber Comics,  Facebook, and Tumblr. The Shepherd: Apokatastasis can be purchased at Amazon, Comixology, DriveThruComics, Google Play and from your local comic shop's Diamond Previews (Nov. 2015, page 286)

KEEP UP TO DATE WITH COMIC UNKNOWN'S INDIE COMIC REVIEWS AND INTERVIEWS BY LIKING US ON FACEBOOK AS WELL AS FOLLOWING US ON TWITTER.

Covers of the five individual issues 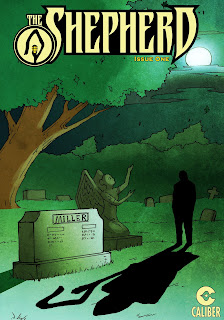 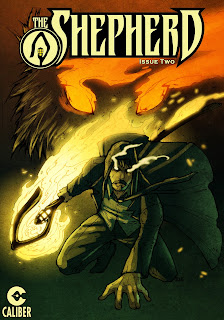 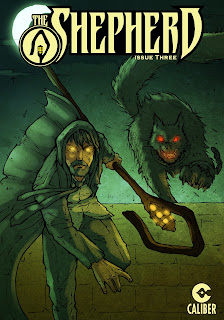 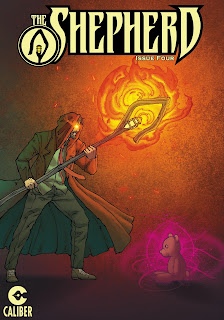 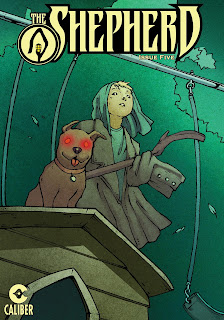