Unlike our other updates, this one will make you go BANANAS!! How you might ask? With Vincent J. Cracchiolo's indie mini-series of Banana Man! 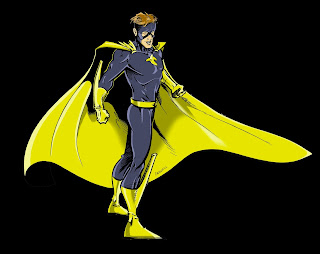 With the name of Andre Andre (not a typo), Banana Man finds himself as a high school nutrition teacher who preaches to everyone about the importance of potassium while dressed accordingly. While in a school assembly, Banana Man is faced with an enemy with the name of Gorilla Guy in which believes that the Earth will be overtaken by talking apes. Gorilla Guy is his main adversary, and his identity is a mystery at first. With the first mini-issue published in 2001, the eight mini-issue series was released sporadically for more than a decade. 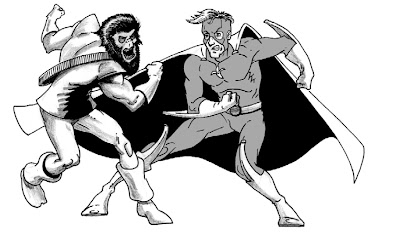 One great thing I really enjoyed about Banana Man besides the actual story and the price is that there are lots of pinups, parodies and extras throughout. This is a great and fun book to read with awesome references. 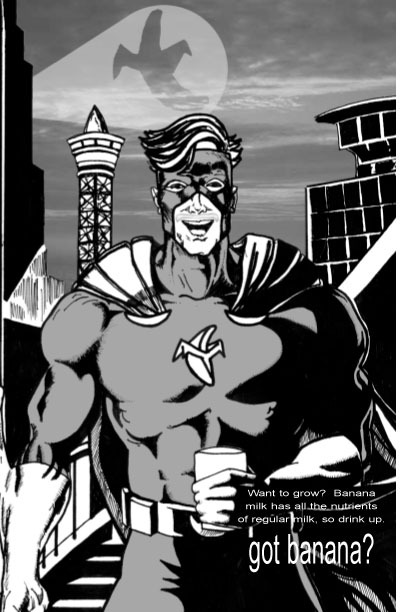 With much more to come, keep your eyes peeled for more of Banana Man from COMIC UNKNOWN. Don't forget to follow C.U. here and on twitter for an instant feed of everything C.U.
Posted by Jorge Alvarez