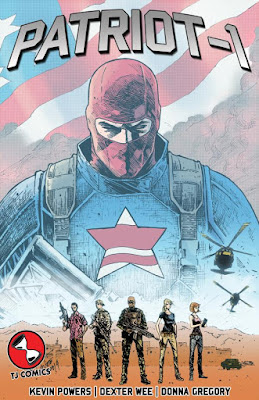 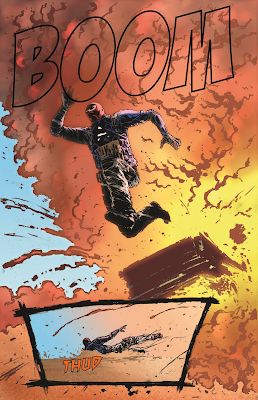 We enter the desert and follow Ken Baker, a Staff Sergeant aka Phantom in  Patriot-1. Baker is a spec ops soldier who finds himself in sticky situation involving the CIA. It started when his team including his team leader Janson and himself were on their last escort mission in Afghanistan since the war is almost over. The team was ambushed only Janson and Baker were left alive and captured. They were interrogated about an operation called Quisling which Baker had no intel to offer. Unfortunately, team leader Janson noted his involvement and everything went south from there. Janson's involvement essentially got him killed by the captors and now Baker is the sole survivor. Successfully escaping, Baker and the CIA have a common goal to avenge Janson's death as well as completing the same mission that Janson died because of his involvement. The road that lies ahead of Baker won't be easy, it contains deception and conspiracies this will affect his resolve as a soldier. Is he in over his head? Patriot-1 is a lengthy interesting read, you can easily lose track of time as you keep turning pages while reading it. Kevin Powers did an excellent job with the story and it blends very well with the art. 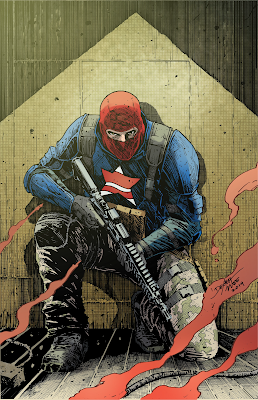 Comparable to Captain America's patriotism, Sergeant Baker is one of those rare soldiers who will do what is right regardless of how hard it may seem. His love for his country and willingness to sacrifice for it makes him into a powerhouse. The antagonist in this series is one readers will almost sympathize. His tenacity for his goal, although not the best of goals,  was a plus considering villains tend to have either sobbing back stories or they just want to the world to burn. Dexter Wee art approach engulfs the reader in this fantastic and gritty world. The readers can visually comprehend what is happening in the story as it doesn't require them to take a second glance at a page to understand. The book could not have been completed if it wasn't for Donna Gregory's and Keith Dallas' talents for the coloring and editing to bring the story home. This creative team made a marvelous story and should continue working together (either another issue or something totally fresh). Patriot won a bronze IPPY Award for Graphic Novels (Drama/ Documentary) and is clearly a keeper for those that enjoy the genre. Successfully funded on Kickstarter on August 1, 2014, Patriot-1 is available for purchase for $20.00 with free shipping including the digital copy and even a Patriot-1 bookmark! Readers can follow Patriot-1 on Facebook as well as  Kevin Powers with any upcoming projects on Facebook and Twitter!


MAKE SURE TO KEEP UP TO DATE WITH COMIC UNKNOWN'S INDIE COMIC REVIEWS AND INTERVIEWS BY LIKING US ON FACEBOOK AS WELL AS  TWITTER. 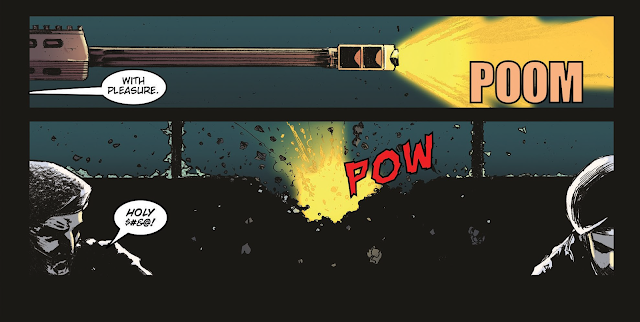