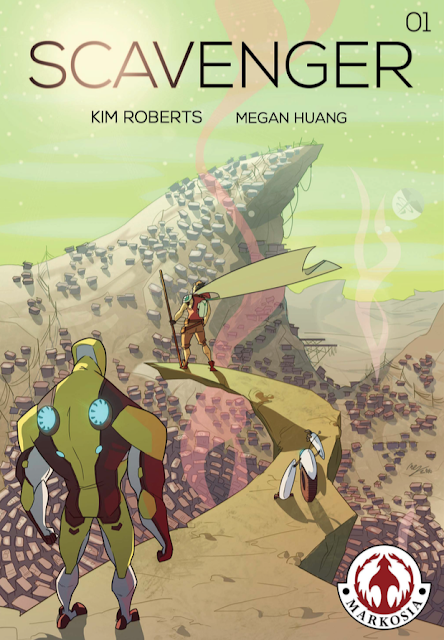 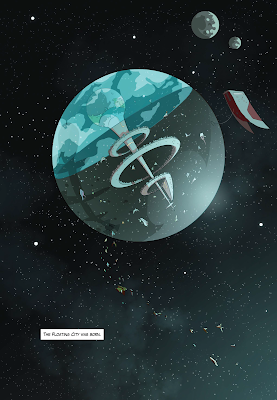 Welcome to Arin, a planet with great industrialization that brought desolation to itself. Now it is considered a wasteland where only a small portion of the population were chosen to start a new life in a colony within the it's orbit. The king of the colony only wanted the best of the best to follow him to start this new life and a new race, those who were left behind are now considered Scavengers. Above all, the king wanted his legacy to continue and his children to be powerful. By doing so, he chooses the strongest witches within The Floating City to bear his children. Majority complied to his wishes, but one refused to give her child to the king. She smuggled her baby boy, Aidan, to the wastelands to live his life peacefully with a fellow witch from the willows. In exchange for his care, she was given Caleb to replace Aidan and live in the royal city. Twenty-five years go by and both are all grown up and without knowing their heritage. 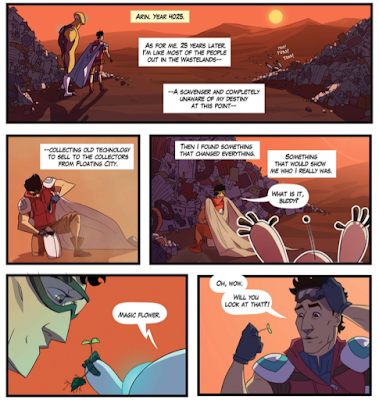 Their paths are bound to cross when the king finds out his authority is threatened and sends his "son" and an army to Tin City to eradicate the danger. What will be in store for the boys of Scavenger? Issue #1 of Scavenger is the origin story of Aidan's new journey as the hidden royalty with a hint of magic, born in the Emerald Palace inside the space colony, but lives in the wastelands. Written by Kim Roberts, Issue one is the prologue needed to jump start the series. The story builds at a steady pace and shows us a world with a dark history but potentially a revolutionizing future. While we now know where these characters came from, the mystery starts on what path these characters take. As for the art, don't take it lightly; Megan Huang did a splendid job designing the comic's world and sceneries. The story is violent and dark, however, there are scenes that ease that tension and harmonize the story as a whole. Scavenger #1 is an excellent sci-fi tale with a strong opening that'll keep the audience excited and leaves them pondering on the upcoming issues. Scavenger Issue One is a 24-page issue that will be a six part series. Scavenger Issue One is a brand new comic that is available digitally on ComiXology for $1.99. If you like to know more about the planet Arin and its inhabitants, you can follow its writer Kim Roberts on Twitter or check out Markosia's website. 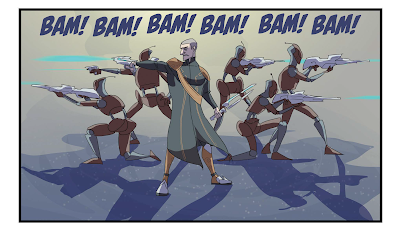 LOOKING FOR RESOURCES IN THE SCAVENGED INDIE WORLD? FOLLOW US ON FACECEBOOK AND TWITTER FOR INSTANT FEED ON NEWS, REVIEWS AND GENERAL BADASSERY ON ALL THINGS INDIE COMICS!