WELCOME TO ANOTHER BODILY FUNCTION AT COMIC UNKNOWN! 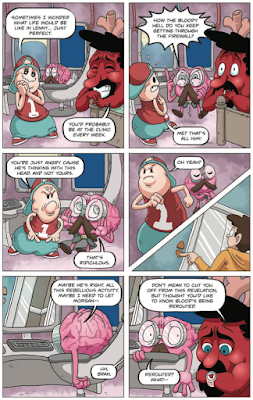 We literally enter the mind of Morgan, an awkward but still average university student learning what he wants in life. Within Morgan are his organauts that monitor every single thing he does as they influence his thoughts, actions, and urges. Bran the brain controller being the leader of the crew faces the everyday decisions for Morgan but we soon learn that Pepe the penis controller only has one thing in mind. Pepe's constant rebellion begins to put a strain on what Bran has in mind for Morgan. The crew must embrace each other and work as a team to be able to accomplish everyone's desire, but can they even get past a wet dream that avoided the firewall? Morgan's Organs was written/created Daniel Brodie and illustrated by Robert Jennex. While not aimed for younger readers, Morgan's Organs features inappropriate dreams and raunchy moments that makes this adult version of Inside Out priceless. 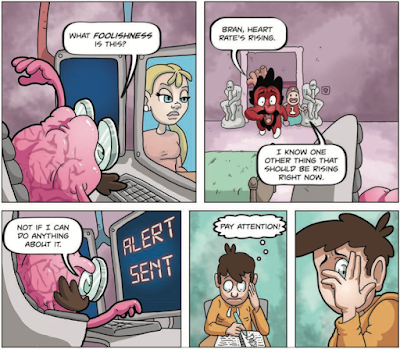 If you ever wondered how Inside Out would have worked through the eyes of a male college student, look no more. Morgan's Organs is a gut-busting comedy that while the idea has been seen before, it is the fresh take we need and want. Following the organauts through their struggle to make sure Morgan makes the right decisions but at the same time satisfy his needs. Having a handful of these characters revealed, we can only ponder  whether there are other characters inside Morgan that we haven't yet seen. Successfully funded back in March 2016 on Kickstarter, Morgan's Organs is 40 pages of comedic content with hilarious but great illustrations that follows Morgan and the journey inside his insides. Issue One is now available for purchase both digital and physical copy at its self-titled site. To follow Morgan and his organauts, check out their Facebook page, Twitter, and even Instagram. 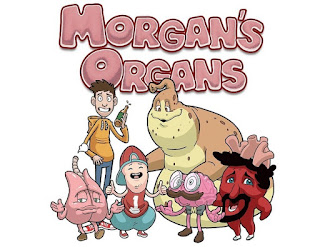