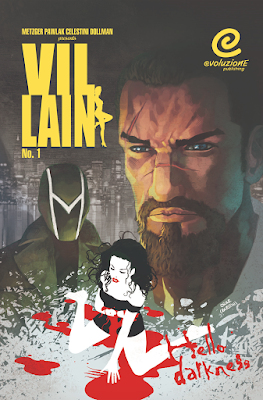 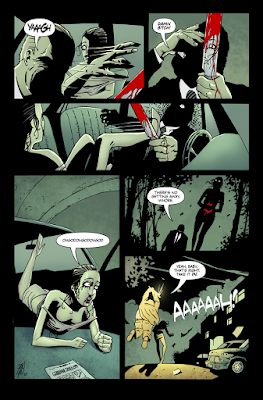 Villain is the crime fiction set in a super-hero universe tale of a grim world full of heroes and as the title mentions villains. Consisting of a creative team of Joshua Metzger (Writer), Grezegorz Pawlak (Artist), Ryan Burt (Colorist), E.T. Dollman (Letterer) and Marcell Mitchell-Hicks (Editor), Villain Issue #1 tells a story about Gil Grimes, the ex-villain who wants to get his life in order and do the right thing for the world.  One night, Gil manages to save a hooker addicted to heroin from a serial killer but not all good deed goes unpunished. Mongrel a hero himself drops in to remind Gil about his past and who he really is. Gil defends himself and says it's all behind him but soon enough, temptation started knocking. An old acquaintance gave Gil a tip about a job with the biggest pay day ever. Will he give in to his old ways or will his new hero label take hold? There is also a bonus story following the hero Mongrel investigating a missing child which leads to something more menacing. 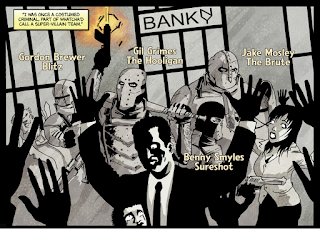 Villain is very dark and gloomy narrative, an ex-con wants to live a normal life of sorts but life itself reminds him of who he was. It's a very nature vs nurture scenario for Gil, the struggle of an ex-con going straight. Joshua Metzger made a splendid story and it picks up around Gil and his history. Grzegorz Pawlak's art follows the story's dark theme with some uncanny shadowing which can leave spine chilling reactions. The bonus feature has the same dark theme as the previous story, the only difference is the monotone art. Overall Villain Issue # 1 is a good start up issue that should continue to develop the story. The character development and inner struggles of Gil Grimes takes center stage and it makes for an interesting read. Villain Issue One can be found on Gumroad for $2.00 digitally.To catch any updates on Villain or any other comics from Evoluzione Publishing, make sure to follow them on Facebook!


MAKE SURE TO FOLLOW US ON FACEBOOK AND TWITTER FOR UP TO THE MINUTE UPDATES AS WELL AS READERS CAN NOW SUBSCRIBE TO OUR EMAIL NEWSFEED FOR REVIEWS, INTERVIEWS AND GENERAL BADASSERY ON ALL THINGS INDIE COMICS! 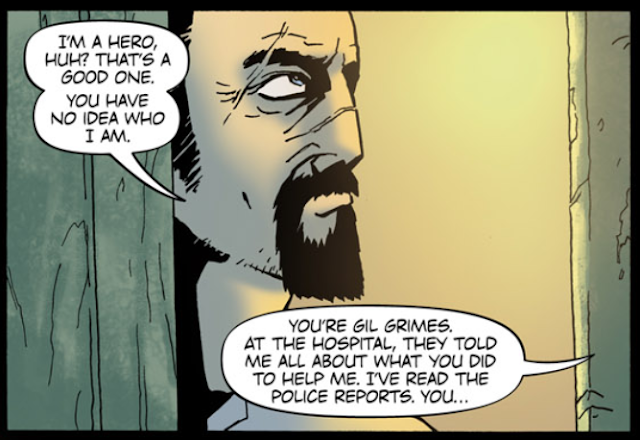