This World Ain't What It Used To Be 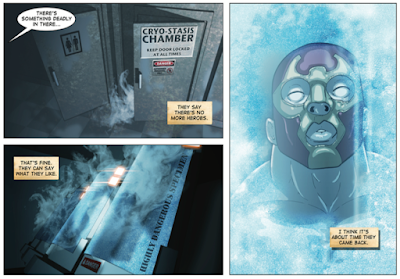 War and disease have taken the planet once called Earth; everything has either been destroyed or has mutated for the worse. Now known as Muck,  the inhabitants are ruled by a dictator named Sokrates. Oblivious of how exactly the previous world was, these new-world people believed Earth was based on books and VHS that have been scavenged (whether or not it was fictional or non-fiction). They envisioned a world of heroes, kungfu fighting cops, laser sword wielding nobles, and even androids who upheld the law. With such beliefs, these people still had the hope of a hero who can save them from Sokrates' grasp and his henchmen. Fortunately, a young teenager by the name of Madeline Moonshine will find the long lost vigilante El Marvo awoken from his cryo-sleep! Even though El Marvo is having a hard time remembering his previous life, instincts/reflexes quickly take over and revive his fighting spirit. 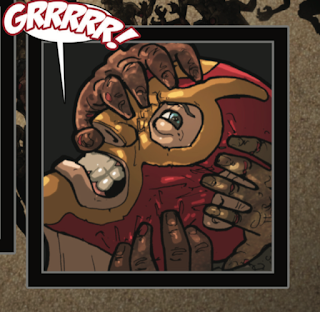 Written by Ben Errington and Luke Kondor and Art by Dan Butcher, El Marvo Issue One is a masked force to be reckoned it. Once uncovered, the issue is an unraveling eightball filled with action, jokes and much more. The issue parodies the real world and blends in the mysticism of 21st-century monotony and plagues Earth with "deadly diseases including Computeritis and Cough-E". El Marvo's clean and professional art finish allows the reader to jump off the rope and slam through the pages. Published by Hawk and Cleaver, El Marvo is available for purchased both via their site and Comixology. Readers can follow El Marvo's Twitter for updates and information on upcoming issues. 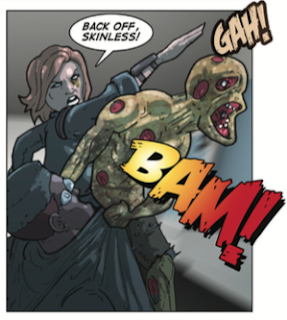 FOLLOW COMIC UNKNOWN ON FACEBOOK, INSTAGRAM AND TWITTER FOR ALL UPDATES ON EL MARVO AND ALL OTHER INDIE COMICS WE REVIEW AND KEEP YOUR EYES OPEN FOR ALL NEW INTERVIEWS WITH THE CREATORS OF THE AWESOME COMICS WE HAVE REVIEWED!
Posted by Jorge Alvarez