The Fur Ball and his Rustbucket 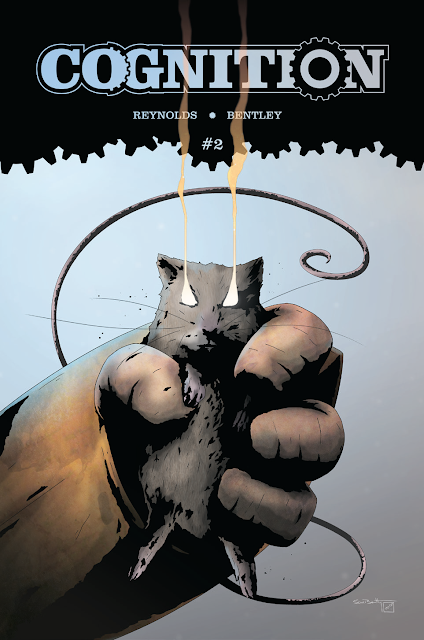 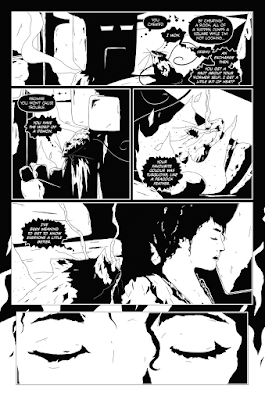 Comic Unknown would like to welcome back the team behind the Victorian thriller comic Cognition with their latest issue. Legend tells a tale of a demon dog that plagues anyone in its path. The locals call it the Black Shuck and those who have seen the beast will be cursed with extreme poor luck. Cognition issue two follows the B.O.S.S. team as they investigate certain unfortunate events in the countryside of England to confirm the legend's authenticity. During their travels, Sigma plays a little mind game with Hattie insisting he wants to get know the team better. By diving into her memories both Cal and Sigma learn about her melancholy past and how she became a member of B.O.S.S. After gathering further intel at a saloon they begin their investigation. Unfortunately, the hunters became the hunted when the beast found them first. Will the B.O.S.S. team come out of this unscathed or did they bite off more than they can chew? 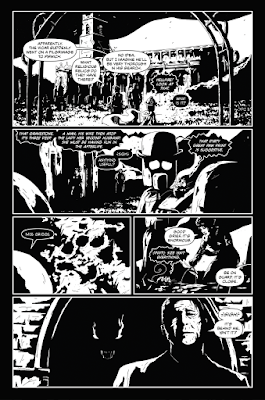 Issue #2 of Cognition contains the same content format as the previous issue: one major story followed by a bonus one. The narrative doesn't waste any quality as it is on an equal level with the last issue with a dark entity disturbing the locals and the team must lay it to rest. There is a very much deserved admiration for Ken Reynolds for crafting this brilliant story which is easy to follow and well balanced. This issue really centers on Cal and Sigma's limitations and how they must be in close proximity to be at their full potential. The art by Sam Bentley is what distinguishes this comic from any other. Dark art styles and great use of shadows follow suit with the comic's grim Victorian setting. One minor concern is in certain scenes where the characters and the background are tricky to distinguish but it is hardly to note about. All in all the comic bold and beautiful. The same goes for the bonus story where a clairvoyant named Martha, struggles to find the moral gray area in line of work. Cognition #2 has been successfully backed on Kickstarter and can always use new supporters. Don't forget to follow them on their Facebook and Twitter if you haven't already.

FOLLOW COMIC UNKNOWN ON FACEBOOK AND TWITTER FOR ALL UPDATES ON COGNITION AND ALL OTHER INDIE COMICS WE REVIEW! KEEP YOUR EYES OPEN FOR ALL NEW INTERVIEWS WITH THE CREATORS OF THE AWESOME COMICS WE HAVE REVIEWED!