Welcome back to another great adventure with Comic Unknown!!

Today we have a very special opportunity to interview a creator we have seen in the Comic Unknown world multiple times. He created the father that will stop at nothing to find a drug that could not only kill his daughter, but needs the drug to keep her alive. We welcome Kevin Truglio the creator of Chem 19 to this fortunate interview! 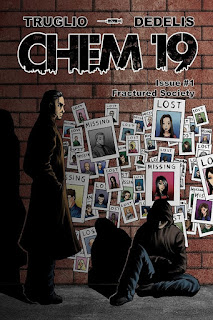 Comic Unknown: What made you want to work in the comicbook industry?

Kevin Truglio: I always enjoyed comics as a kid and they were a fun part of growing up.  When the story of Chem 19 came to me, it can as these images that I felt would be perfect as a comic instead of other mediums, so because of that, it just felt natural to try and tell the story that way.

CU: How did you come up with the story line of Chem 19? 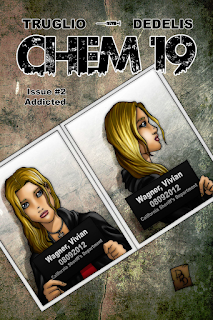 CU:Were any of the characters inspired by another character or person?

KT: No one in particular.  As a writer, we always use our past as an indirect influence on our works so there is some of that but nothing where I chose specifically for the story.   I do use my friends and family names for characters and even have contests on the Facebook or the Tapastic page where fans came have their name in the series.

KT: We are on issue # 18 and that ends the first arc.  I’m not sure how long the 2nd arc will take but I do see the series continuing on after the first arc.  The story keeps growing as we work on it.

KT: Maybe.  I’ve had some spinoff stories pop up in my head of how other people would live in this world.  Some of these could be one time stories as bonus material for a KickStarter or even make their way into the series later.  It’s all up in the air right now.

CU: What was the most difficult part in the production of Chem 19?

KT: The toughest part is growing the fan base.  Marketing takes time.  I’ve done a successful Kickstarter, gone to conventions and built an online presence.  It’s constant work.  There are so many stories and products out there, it’s hard for a little guy to find his way. 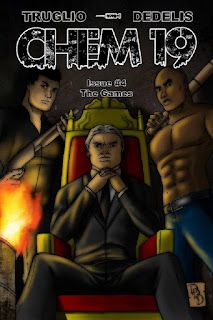 CU: Are you planning on any new series after Chem 19?

KT: I’m working on a horror novel and do have another idea for a comic series but want to continue with Chem 19 for now so nothing on the comic front.

KT: Dare Devil.  I love what he stands for.  It really drew me in as a kid…Plus who doesn’t want be afraid of anything!

CU: What is the best way readers can find Chem 19?

KT: The two best ways are our Facebook page or Tapastic page.  And always make sure to check Kickstarter for us too, we will be launching our 2nd one soon to put issues 7-12 in a TPB.  That is the main way that we get our sales which help us continue the story.

THANK YOU SO MUCH KEVIN FOR THIS AWESOME INTERVIEW!!
Here is a small peek to the first few pages of the first issue to give you a taste of Chem 19 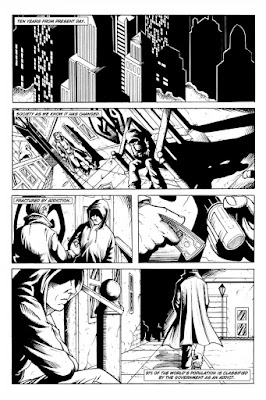 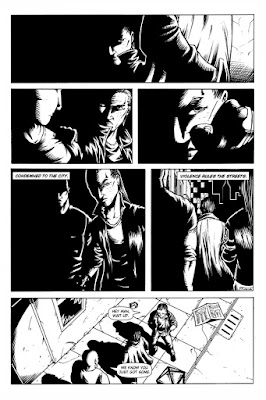 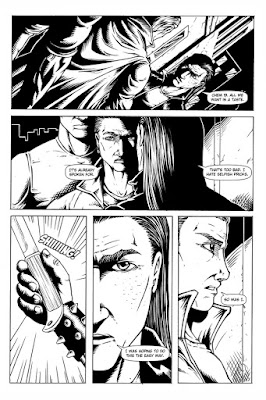 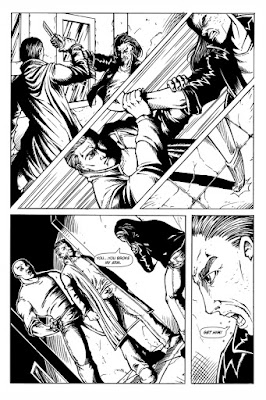