Fight to the Finish

WELCOME TO ANOTHER DEATH MATCH AT COMIC UNKNOWN! 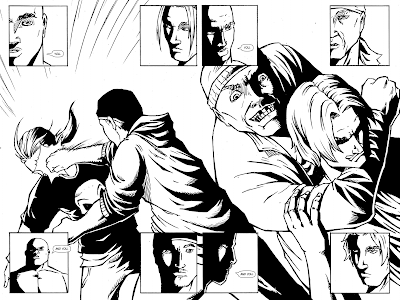 How far would you go to keep your child safe? Would you fight to the death for someone else's amusement? That is what Jason Wagner is willing to do to get Chem 19 for his daughter, Vivian before time expires. We welcome you back the hellbent world where a taking a deadly drug is the same drug that's needed to keep you alive. Chem 19 Issue #5: Death Match puts us in the heart of the games that is hosted by the cartel and the victor receives some C19. The coordinator of the games is not hesitant to remind the addicts who is in command and what can happen if they do not obey the rules. Matches are one on one, it doesn't matter if you are big or small, male or female nobody should let their guard down in these fights. No one can deny the willingness people will have in order to survive and the things they will do to accomplish their goals. We reach the final match, Dr. Wagner against Kyle Semans and he is an absolute brute that can complicate Dr. Wagner's goal. The final match is the death match of the Games so only one can leave the match alive. 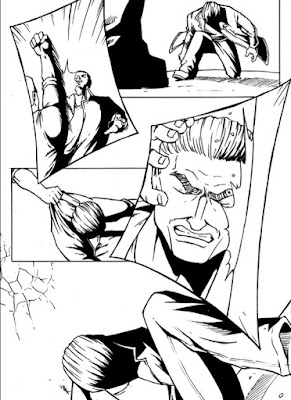 Chem 19 Issue #5: Death Match puts Dr. Wagner's physical attributes to the test. The story shows us the lawless society in barbaric times for mere enjoyment for the cartel. From biting onto one's genitalia to bashing someone's head in with a large rock, C19 #5 puts in perspective the savage violence "The Games" brings to the table. Issue five shows the wild state the government has allowed the C19 infested world to be in. Reminiscent of a Purge-style society, only time will tell what will happen with Dr. Wagner and Vivian. Chem 19 Issue #5: Death Match is available at Drivethru Comics and Comixology for $0.99 digitally and at IndyPlanet for a physical copy for $2.99. If you are interested in getting the first 6 issues, get Kevin Truglio's TPB of Chem 19 Vol. 1 for $14.99 (physical) or $4.99 digital in IndyPlanet and be up to date with the deadly chemical on their Facebook page. 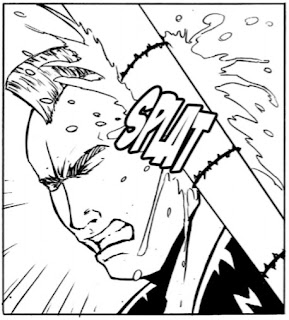 WANT TO KEEP YOURSELF UP TO DATE WITH CHEM 19 AND ALL OTHER BOOKS MENTIONED IN COMIC UNKNOWN? MAKE SURE TO FOLLOW US ON FACEBOOK AND TWITTER FOR THE LATEST UPDATES, NEWS AND EVENTS GOING ON IN THE INDIE WORLD!
Posted by Jorge Alvarez